How to Record Meeting in Microsoft Teams with Ease [PC/Mobile]

Can you record Meeting in Microsoft Teams? Absolutely YES. Follow us to get how to record a meeting in Teams on Windows (11/10) PC and mobiles. 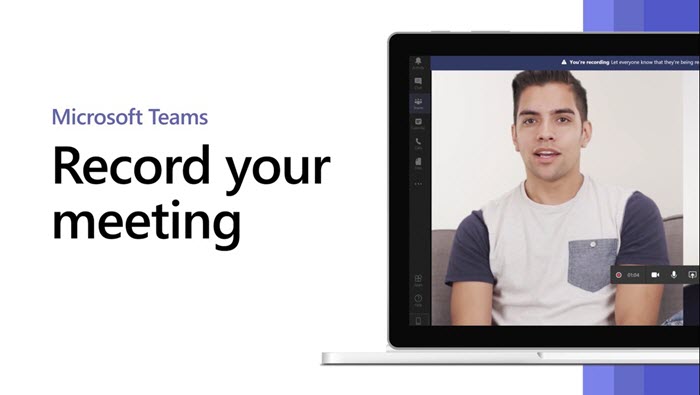 In a Teams meeting, you can discuss anything about work with colleagues and clients hassle-free. But, it is a quite hard mission to get all details even though you are a fast note-taker. To record the meeting is the best way for your to review it later or share with people who can’t attend without missing important content. How to record a meeting in Teams? Here, we would like to introduce multiple ways to record Microsoft Teams meeting on PC and mobiles. You can also find the solution to record a meeting in Teams anonymously without anyone knowing.

How to Record a Meeting in Teams on PC [Windows]

Microsoft Teams builds in a native recording feature allowing you to capture video, audio and screen sharing as a participant while third-party screen recorder is a good choice to record Teams meeting secretly or as a guest.

How to Record Meeting in Teams with Built-in Recorder

Microsoft users are allowed to record any Teams meeting and call. But, there are some important notes you should keep in mind.

1. You need IT admin to enable the recording feature.
2. Meeting organizer and people from the same organization - who has any license of Office Enterprise E1, E3, E5, F3, A1, A3, A5, M365 Business, Business Premium, or Business Essentials - can start and stop recording.
3. Guests, anonymous and people from another organization can’t record meeting in Teams.

If everything is well done, please follow the step-by-step guide to record a meeting in Teams.

Step 1. Start or join in a meeting using the app or the web on PC. 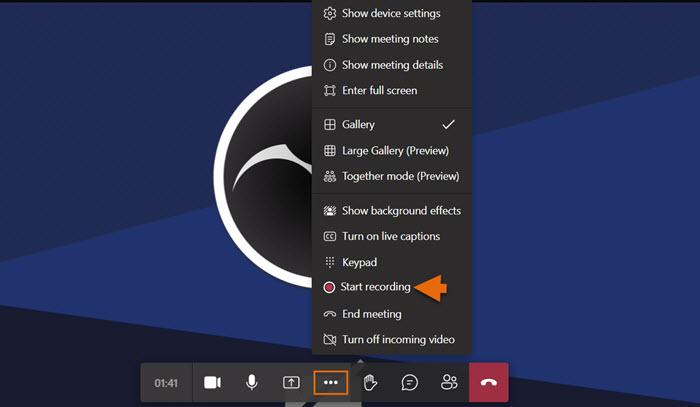 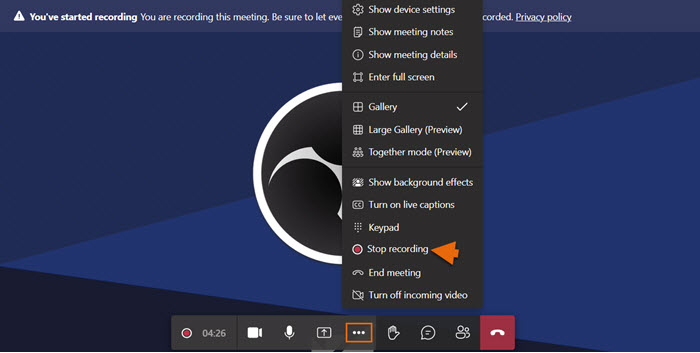 What’s More You Should Know:
● Privacy: A notification is sent to all participants to tell them that you are recording a meeting in Teams.
● Recording Time: The recording stops once everyone lefts the meeting if you don’t manually stop it. The recording will automatically ends after 4 hours if someone forgets to leave.
● Storage Location: Recordings is automatically saved to SharePoint (for channel meetings) or OneDrive (for other types of meeting).

Teams doesn’t allow you to make multiple recording of the same meeting at the same time. That is, you can’t start recording if someone else makes recording. No matter who record a meeting in Teams, that recording will be stored to cloud and available to all participants.

It is indeed a trouble for you that Teams sends the recording notification and disallows guest to capture the conference. iTop Screen Recorder is the solver that not only enables you to record a meeting in Teams secretly but also gives guests a chance to record the meeting. 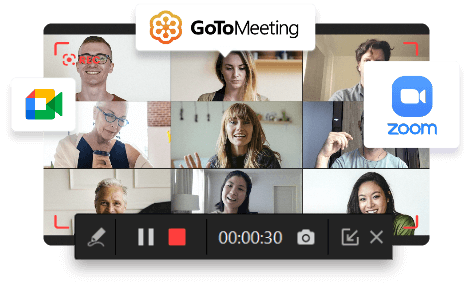 iTop Screen Recorder highly praised for its ability to capture anything on your screen. No matter what you are doing now, starting an Teams meeting, watching a YouTube video, using a program or playing a game, it can record the screen with high quality. No one knows your action due to offline recording. You can break all online restrictions to record a meeting in Teams hassle-free.

It enables you to record part of screen (for example, only the meeting window) or full screen if you have set full-screen mode in Teams. It supports audio and webcam recording. Both internal and external devices can be detected and recorded. That is, you can record Teams meeting with audio and yourself at the same time. Also, it delivers great performance to record with no lagging and no time limit.

In the following, let’s get how to record a meeting in Teams with iTop Screen Recorder.

If you select region, a red box will be appear, drag and crop to make the box completely fit the meeting window. 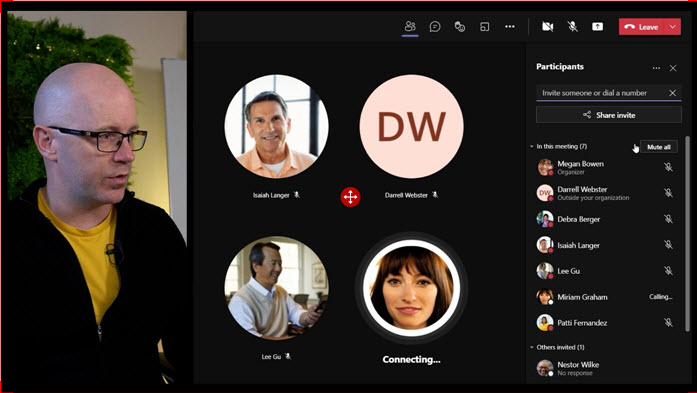 How to Record a Meeting in Teams on Mobile

Microsoft launched Teams app for iOS and Android device as well. Update to the latest version of the app and you can start, stop and view meetings. But, you can’t record Teams meeting as a guest and all attendees will be notified when you start recording.

It shares a similar progress to record a Teams meeting on mobile as on PC. Follow the guide.

Step 1. Launch Teams app on your iOS or Android device. Start or join in a meeting.

Besides Teams app, the built-in screen recorder in iOS/Android is available to record a meeting in Teams on mobile secretly or as a guest.

Step 1. Start and join in a meeting in Teams.

● For iOS: Go to Control Panel and select Record button. It will start recording after 3-sceond countdown.
● For Android, go to Quick Settings and select Screen Recorder. Click Start and the recording begins after countdown.

The recording will be automatically saved to your Photos or Gallery app.

Note: The inbuilt recording feature is available for iOS 14.0 or later/Android 10 or later.

Well, we have shown multiple ways of how to record a meeting in Teams. Teams has a native recording feature helping meeting organizer and participants to capture the meeting. However, every attendee knows that you are recording and guests are not able to do it. To eliminate the restrictions, it is highly suggested to try a third-party program. iTop Screen Recorder, the best screen recorder for Windows 10, 8, 7 and the latest 11, enables you to record Teams meeting with no limitation at all. It can capture every detail in meeting and delivers high video/audio quality. If you are trying to record Teams meeting on mobile secretly or as a guest on mobile, iOS/Android built-in screen recorder can satisfy you. Pick the one you like and record meeting in Teams hassle-free.