Logitech webcam software windows 10 is a free tool for image capturing and video recording. The post gives an all-around review on this product and its alternative: iTop Screen Recorder.

Recording screen is quite useful when people want to capture video conferences, the latest movies, online courses, or PC games. However, adding a webcam overlay while recording the screen will make your video more vivid and appealing. Especially for game-show hosts and teachers who need to make comments/explanations for their audience during recording, they desperately need a webcam recorder to record the screen and webcam simultaneously. In this article, we give a comprehensive guide on the webcam recorder: Logitech webcam software windows 10. Keep reading and get more details on webcam recording with this product. 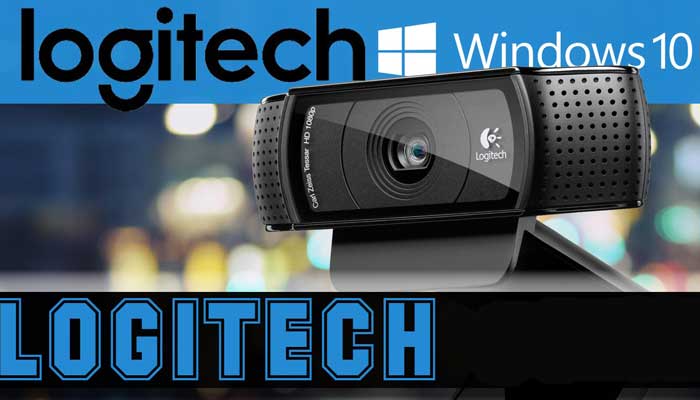 Logitech Webcam Software is an application developed by Logitech for webcam & screen recording, screenshot taking, and live streaming. Users can easily connect their Logitech webcam with the desktop display or a specific application window to record and create videos. The webcam software supports scene composition customization, and it has six different scenes, multiple filter effects, live text overlays, and more. The followings are the main parameters, features, flaws, and step tutorial of the Logitech capture software in detail.

Logitech webcam software windows 10 allows users to record a whole screen or an application window, with or without Logitech webcam overlay. Besides, users can switch randomly between the two sources or layer the sources to change position or size.

Record videos with or without the Logitech logo by toggling the Logitech Logo Option in the Advanced Options Menu. It totally depends on you! 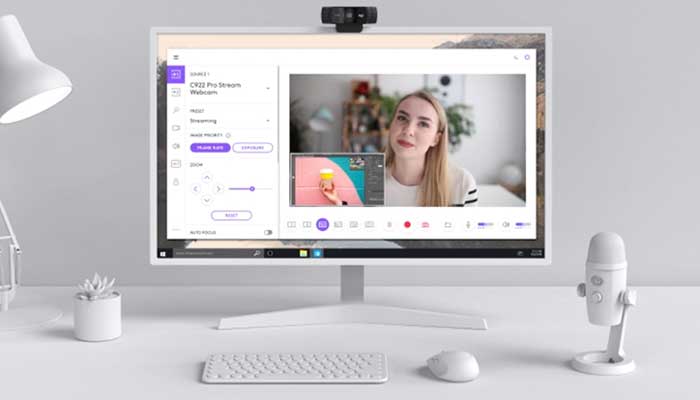 FPS refers to the frames per sound, and low FPS means a high GPU usage of your computer while using Logitech webcam software windows 10. It can cause lagging problems and a low resolution during the recording.

Though Logitech capture software has a live text overlay, it still lacks a drawing tool to add information to content.

● How to Download Logitech Capture Software and Record Screen?

Download and install Logitech Logitech Capture Software on your computer. Select Logitech camera as source 1, and screen display or application window as source 2. 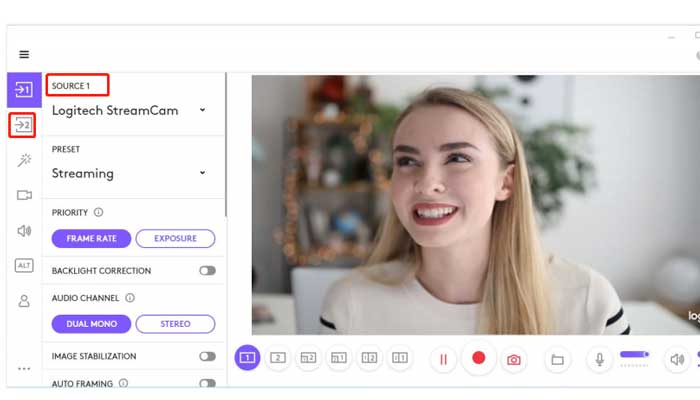 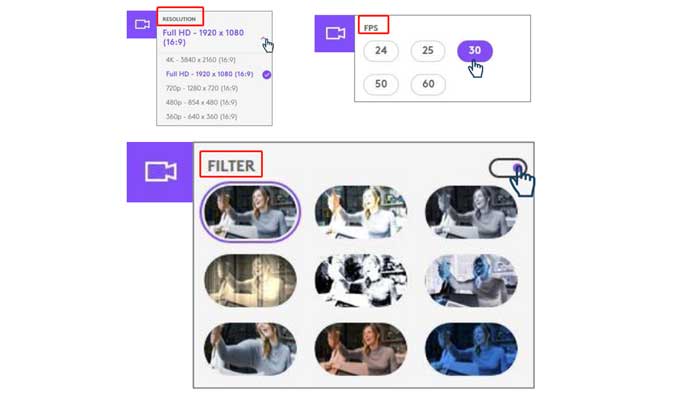 Well, the best alternative to Logitech Webcam Software Windows 10, iTop Screen Recorder, can make your video more creative. It is a free yet powerful tool that supports recording HD videos with no lagging. After a comprehensive comparison with Logitech capture software, iTop Screen Recorder has better performance in video quality and output choices. Here are the main parameters, features, and flaws of the iTop Screen Recorder. Let’s check out together.

1. Support up to 4k resolution

Seen from the parameters, users can record a high-quality video with iTop Screen Recorder. Additionally, there is a wide selection of video formats to choose from, including MP4, AVI, FLV, MKV, MOV, TS, and GIF.

1. Recording with a webcam

This free screen recorder can add a webcam overlay to your video, making your video more intuitive.

Thanks to the GPU hardware acceleration technology, recording with iTop Screen Recorder is stable and efficient. Users can enjoy a lag-free experience while HD recording.

The iTop Screen Recorder has a built-in editor that allows users to cut, trim, and split videos directly after recording.

1. Does not have filters

Use Logitech Capture Software Alternative to Record with Webcam

Then how to record your desktop and your talking-head with Logitech webcam software Windows 10 alternative? The next part will be an step-by-step tutorial to record screen with a profile using iTop Screen Recorder, let's check it out.

Step 2. Tweak the configurations for the microphone, speakers, webcam, video formats. Make sure to check the box of “Record Webcam Overlay When Recording” and choose your webcam and overlay size. 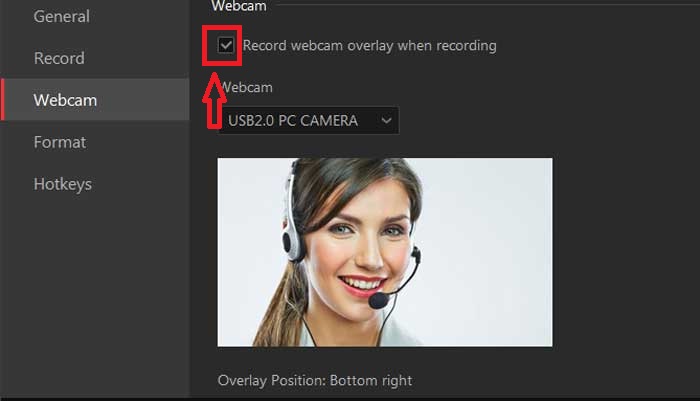 Step 3. Head back to the main menu. iTop Screen recorder supports flexible screen recording, so select a recording region as per your needs. 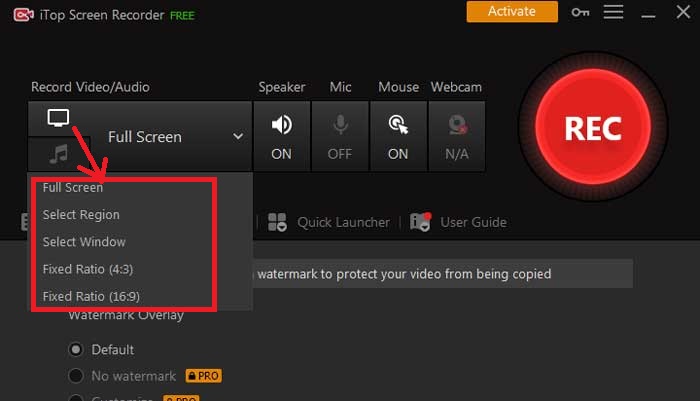 Step 4. Start the recording by clicking the red Rec button. When you finish, click the square button on the floating bar to end the recording. Recorded videos will be automatically saved in your designated folder.

1. Windows 11 webcam not working, Can Logitech Webcams (device) be helpful?

2. Do I need to buy Logitech Webcam to activate its software?