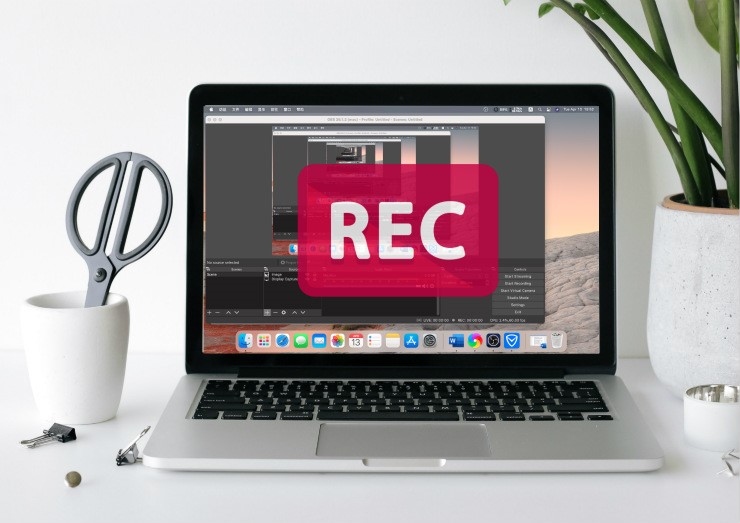 All the 10 best video recorders have screen recording features and can record different parts of the screen with audio from the speaker or microphone. The differences mainly lie in if an app installation is needed, if camera recording is supported, how convenient it is, and whether it is free or with a free trial. Let’s compare them with each other and give ratings to each one according to their ease of use and practicalities.

OBS is a free and open-source software for video recording and live streaming. Considered one of the best video recorders for PC which has most of the common features you need when recording a video except video editing. OBS is compatible with Windows, macOS, and Linux, and it is fully featured on all these 3 operating systems. You can capture the view from your computer screen, a webcam, a video capture card, a camera, or even an existing video and put them together on one screen. More importantly, live streaming on YouTube, Twitch, Facebook, and other websites is supported on OBS. It is the only best video recorder for YouTube Live, and it works well when recording gameplay.

Besides, as OBS is an open-source software equipped with a powerful API, it enables plugins and scripts to provide further customization and functionality specific to your needs. Many helpful plugins and scripts from developers can be found in the resources section on OBS Forum.

To use OBS to record video and screen or live stream, you need to get it from the official website obsproject.com. The main steps of recording video or live streaming with OBS are as follows.

Step 1 Add and name your recording or live streaming scene.

Step 2 Add one or several sources to capture videos and change the video and audio settings if you need to. 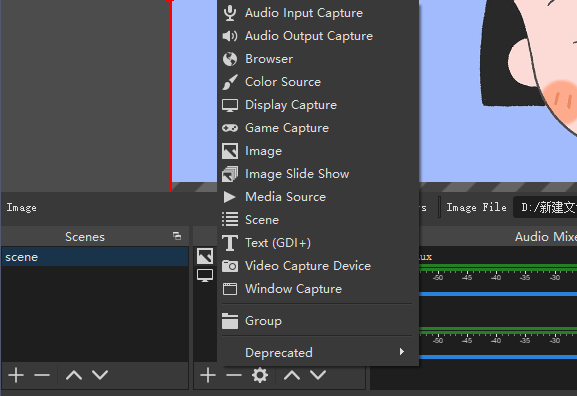 iTop Screen Recorder is a best free video recorder for PC software that is very easy to use and has most features that screen recording needs. It is the best video capture software considering its convenience. You can use it to record your full screen, a window, or even a part with a fixed ratio of the screen and add your sound to the recording. You can even take a screenshot while recording. iTop Screen Recorder is now compatible with Windows.

To get access to iTop Screen Recorder, you only have to enter recorder.itopvpn.com to download and install it. Full-screen recording, window recording, part with fixed ratio recording, and audio adding can be found on the home page. And quality and frame rate settings are supported as well, which helps you get the video with the best quality and file size.

Step 1 Select a recording region on the screen (full screen, window, and part of fixed ratio).

Step 2 Turn on the speaker, microphone, or mouse recording if you need, and start recording. 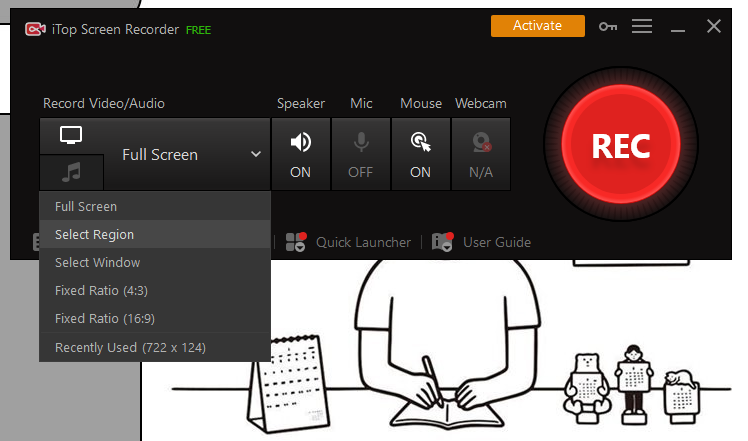 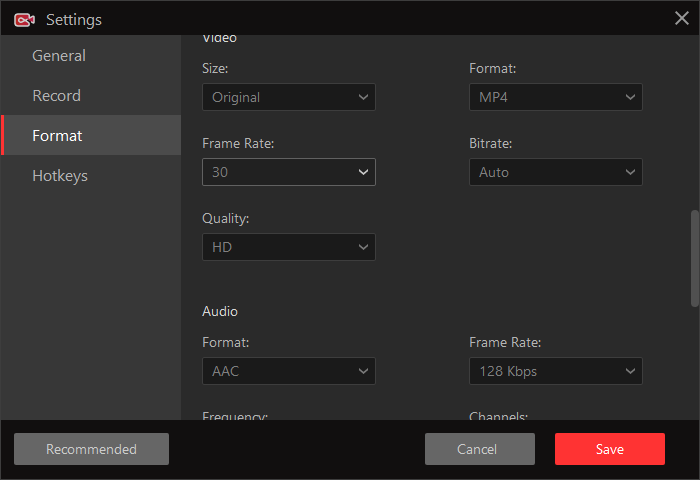 iTop Screen Recorder gives you a cost-free and ad-free experience of screen recording. Moreover, as a free video recorder, it doesn’t connect to the Internet, which means there’s no worry needed about your privacy.

As for compatibility, it supports all systems that Chrome can be installed, including macOS, Linux, and Windows. All you need to do is search StoryXpress on Chrome Web Store, and add the extension to your Chrome.

Step 2 Choose the view you want to capture, screen, windows, Google tab, or webcam, and then start recording. 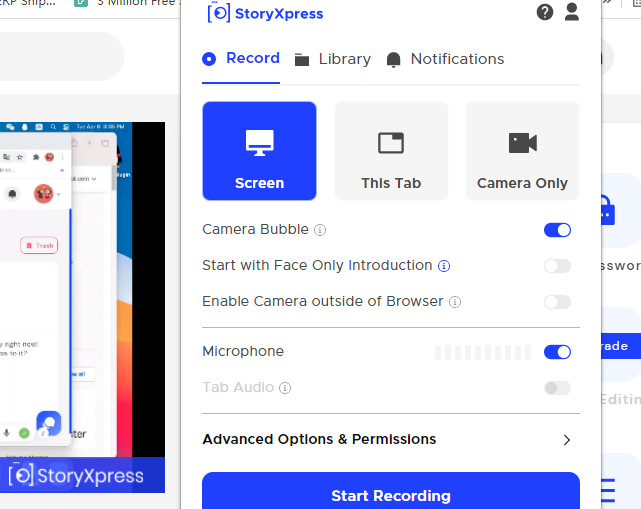 Your recorded videos will be stored on the cloud, and you can edit, download or share them at any time.

You may like: How to Record Your Screen on Mac

iCapture is also a free screen recorder extension on Google Chrome, with screen recording, Chrome tab recording, and app window recording services. It is even more simple than StoryXpress. If you need to record your screen on the computer without a webcam or editing and don’t want to download and install any apps, iCaptue is a good choice for you.

iCapture can also be found on Chrome Web Store, and it just takes two steps to record your screen. Choose video source and audio source and then start recording.

Reelia is a video recording and editing extension on Edge browser. If you are using Edge not Chrome as your Browser, then Screen Recorder might be the extension you want to record video with. Compared with StoryXpress and iCpature, Reelia has camera recording and video editing features, and it doesn’t need users to log in. The recorded video on Reelia can be directly downloaded or edited with its video editor, and the recording steps of Reelia are similar to StoryXpress.

One disadvantage of browser extension video recorder is that they cannot record a part of the screen or a window on the screen. If you want to record these kinds of videos, you would better choose apps instead.

Recommended article: How to Capture Screen on Windows 10 in 2022

QuickTime Player is a built-in app on Mac that has features of video, screen, and audio recording. This app is only available on macOS and you don’t have to download it. You can directly find it on your iMac, MacBook, Mac Pro, or other devices that run macOS.

QuickTime Player is originally designed as a video player for Mac. It cannot be used to edit video or to record the screen and camera at the same time. And the video recorded with QuickTime Player is in “mov” format, which means you need to transfer the format to “mp4” or play with the players that support “mov”.

To record video or screen with QuickTime Player, you open it and find the recording options at “file”, and then choose a mode to record. 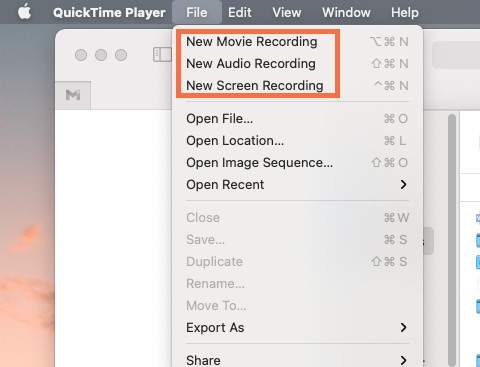 ActivePresenter is a presentation maker app that has the feature of video recording & editing. Like other best video recorder software apps, it allows users to record screen and camera with sound from speaker and microphone. However, ActivePresenter is a paid app, but it provides users with a free personal edition, which means non-commercial personal use is totally free.

You may read: [Supreme Guide] Record Your Screen: Mobile & Desktop

Wondershare DemoCreator, the best video capture software that is free and provides a video editor, may be the choice of people who want to have an app that can record videos and edit them easily. The video recording part of the app is very simple but contains most of the common features. Therefore, it’s very easy to record the screen or a video with Wondershare DemoCreator. Besides, the video editor is also very useful. You can edit the video and its audio separately, and the editor is full-featured as well.

However, if you already have a video editor, then the video editor in Wondershare DemoCreator is not recommended. The editor might not be as professional as yours.

Camtasia is also popular for its video editor integrated into the software, which has a lot of functions. You can record your screen, camera, or both and then edit it with Camtasia, and a video editor is no more needed as there’s already a professional one.

You may also read: Record Your Screen with Sound on Mac/PC/Mobile

CloudApp, as its name suggests, is a video recorder with an online feature. The recorder of CloudApp is very simple, but it has some unique features, such as recording the screen as GIF and annotating on the screenshot. You can record your screen and make GIFs directly without any other tool and make a screenshot and annotate on it using CloudApp.

CloudApp is also the best video capture software that can be used on Windows and macOS as software, and Chrome as an extension. That means it can be used on almost all the commonly used operating systems. It has video trim/cut features as well. And video sharing on CloudApp is very convenient, you can create a group on it and share your videos with your friend online. 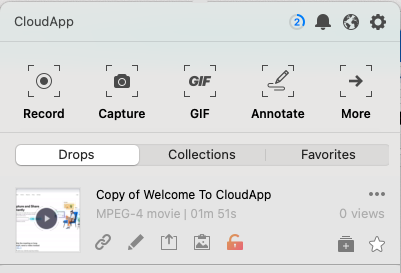