How to Record Discord Meeting on OBS & Other Screen Recorder?

A guideline which tells you the trick how to record Discord content & meeting on OBS Studio. And introduce a substitute screen recorder that may do help.

When asking which software should be the best start-up for a Youtuber, especially for gaming Youtubers, the great majority of people will recommend the OBS studio. As a well-known streaming & recording software, OBS is now dominant in functionalities & cost efficiency (it is free) and accepted as one of the 10 best game screen recorders that meet all your needs. And the OBS can assist in all kinds of streaming and recording tasks with its powerful functionalities.  It can be an effective tool for YouTube gaming video makers. Not restrained on game streaming purposes, the OBS could also help people who wanted to record both video & audio from a discord call. How do we record discord call/ discord audio for free using OBS? Can you record a discord call? 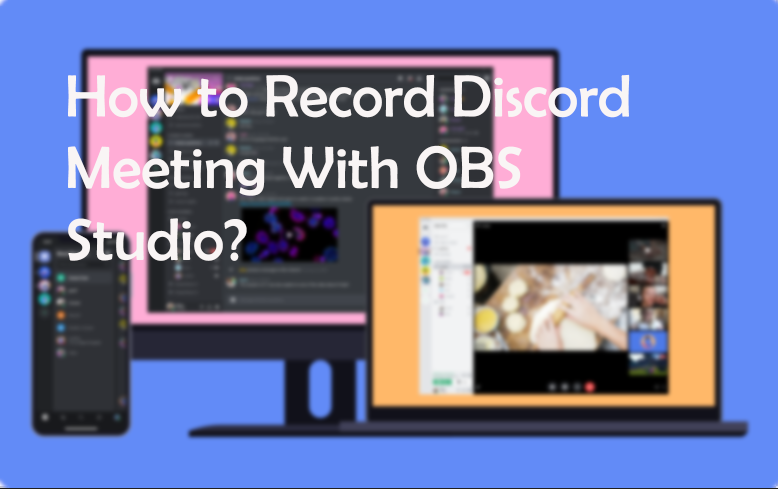 First, To record discord with OBS, what will you want to do is go ahead & start your call as you can see me on the left and my guests here on the right. You can tweak with you in the cameras. If you want to do just audio or video only, you can turn it off or on. Go ahead and set everything set up in discord. 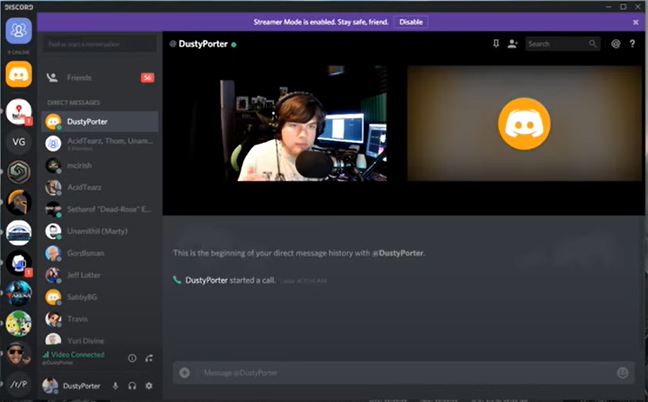 Then, you will like to open up OBS. And you will need to switch to the discord and drag the discord screen over the OBS window, drop it into the top panel. 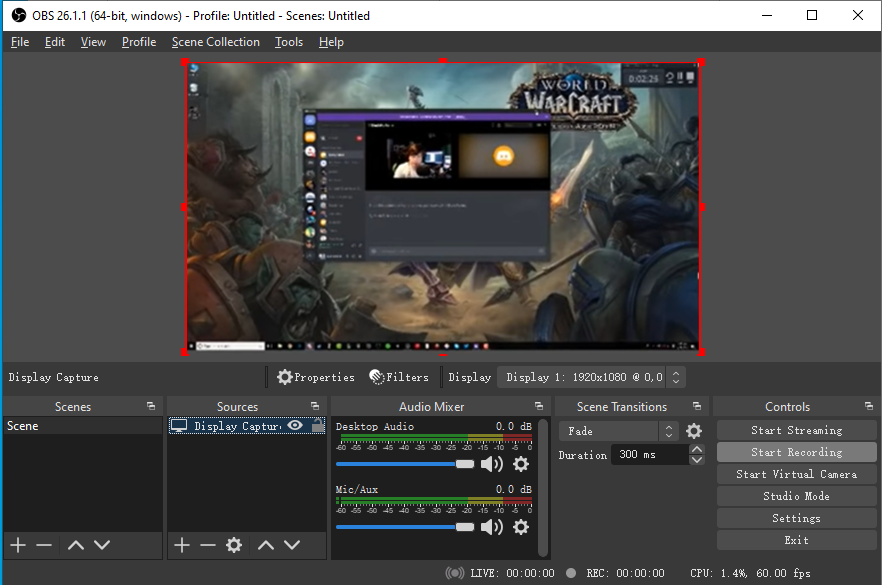 After you got the discord on the full-screen mode and record with OBS. The thing you need to do is to hit the “Start Recording” button on the right corner panel on the OBS. You need to make sure that you know where your recordings are going.

Then, you better test the recordings before you go ahead and record the whole podcast episode. No matter whatever content you’re trying to record, to make sure that you don’t lose all that footage of both all video & audio data, and go ahead and click the start recording button. Then you can do everything you want to do; speak whatever thing you need to say to be correctly recorded in your video. Once you’ve ready you may go ahead and hit the “Stop Recording” button, and the recording will be finished up.

To check the recorded discord chat, you need to go ahead and take the discord off full-screen mode. Then pull up the video which showed in the OBS. If you drag the video from OBS over to the “outer screen” and you’ll get the recorded discord call-in video. You’ll see a video as well as you hear the audio for the podcast. Or record it for whatever purpose that you may want to do. 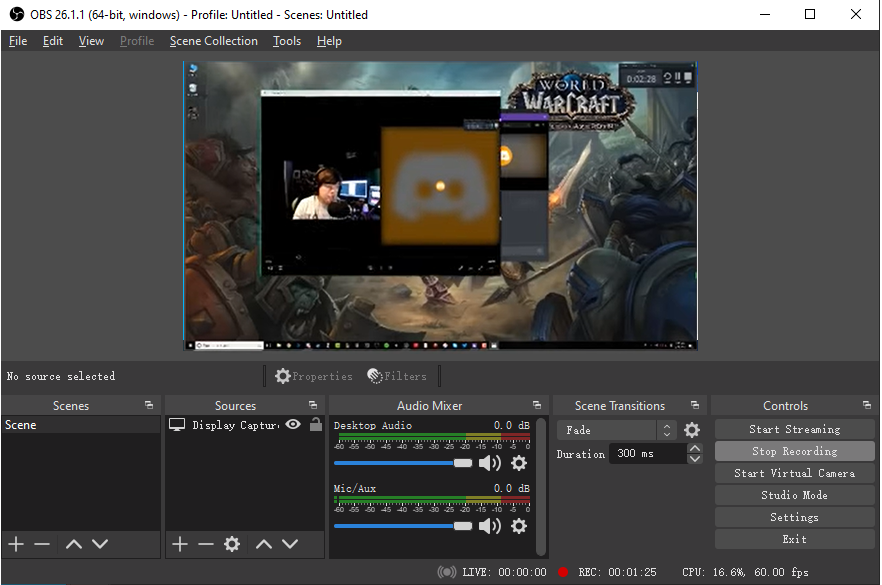 Please notice that you may want to do a couple of things to take note of. If we are in OBS and make this full screen, you need to make sure that when you are in the OBS. You know where your recordings are going, so in order to do that, go over to "Settings", and under the "Settings" tag, you will find a tag "Output". Under "Output" you will need to go ahead and click on the "Output Mode" tab here and choose "Advanced" Through a drop-down menu so that you can see several settings here. You may like to change the recoding path to one that you’re appropriate. And those recorded files can be quickly located. 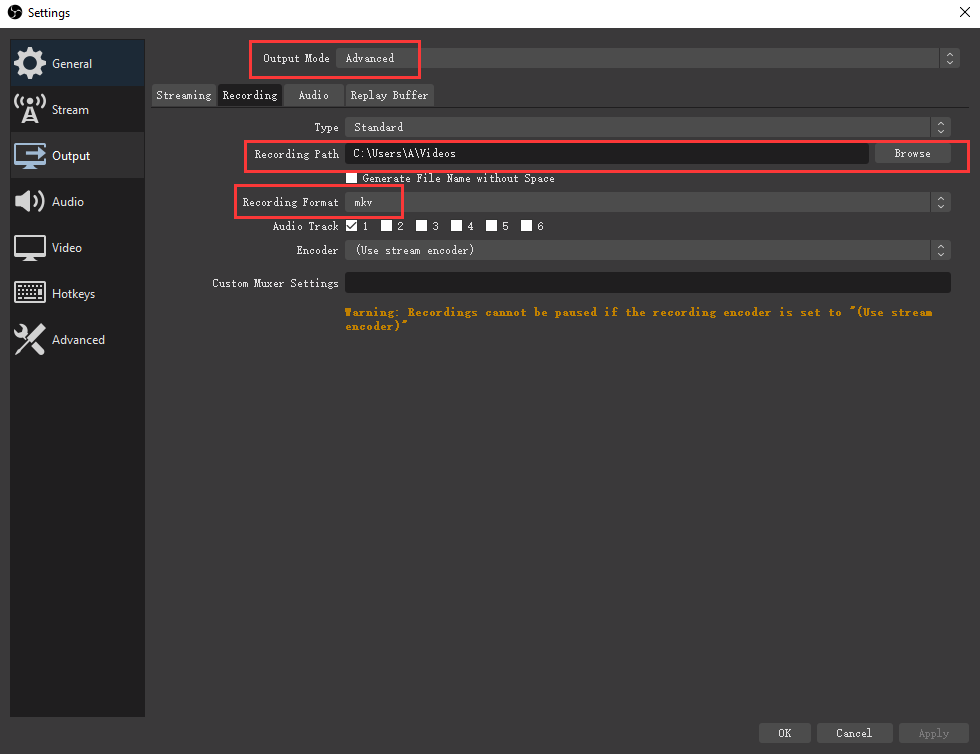 Also, to change the recording format from FLV to MP4 since .MP4 video format is more common and widely responded to by most video editors. You can switch to another video format through the drop-down menu anytime you want.

After everything has been set up, you click "Apply" then "OK". And you are ready to go in your recording. You can apply the same methods & technics to record other online communication software, like to record on Zoom without permission.

How to Record Discord with Other Free Screen Recorder

OBS is sure the jewel in the crown of the screen recording/ streaming software. Complete functionalities, powerful software/hardware support, high performance (up to 3840x2160 streaming resolution, for instance), and capable of recording Discord Call. Do all these advantages make the OBS become the one perfect screen catcher and the only one capable of recording & streaming? Not necessarily. The OBS an excellent software, but it still has minor flaws. For example, its learning curve is a bit steep, and the software cap too much of the system resources; Not meeting the requirements for a productivity tool.

Also read: 3 Best Productivity Tools of How to Record Your Screen on Computer in 2021 - Easy & Efficient >>

Here I would like to mention a light-weighted screen recorder (compared to OBS), complete functionality, capable of recording any game screen, capable of editing the recorded video, of course, the Discord chats we talked about this time for the topic. Allow me to introduce iTop Screen Recorder – a compact, light-weighted, free software that can assist the video maker & content provider to record their screen. 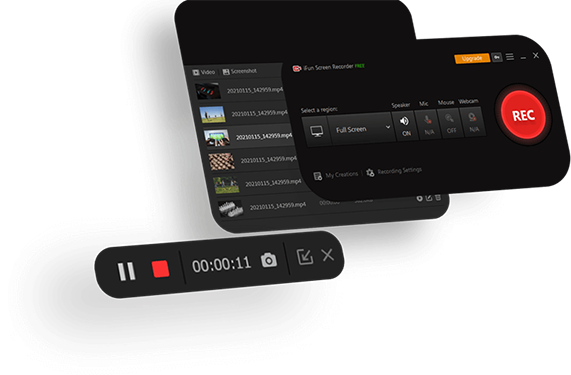 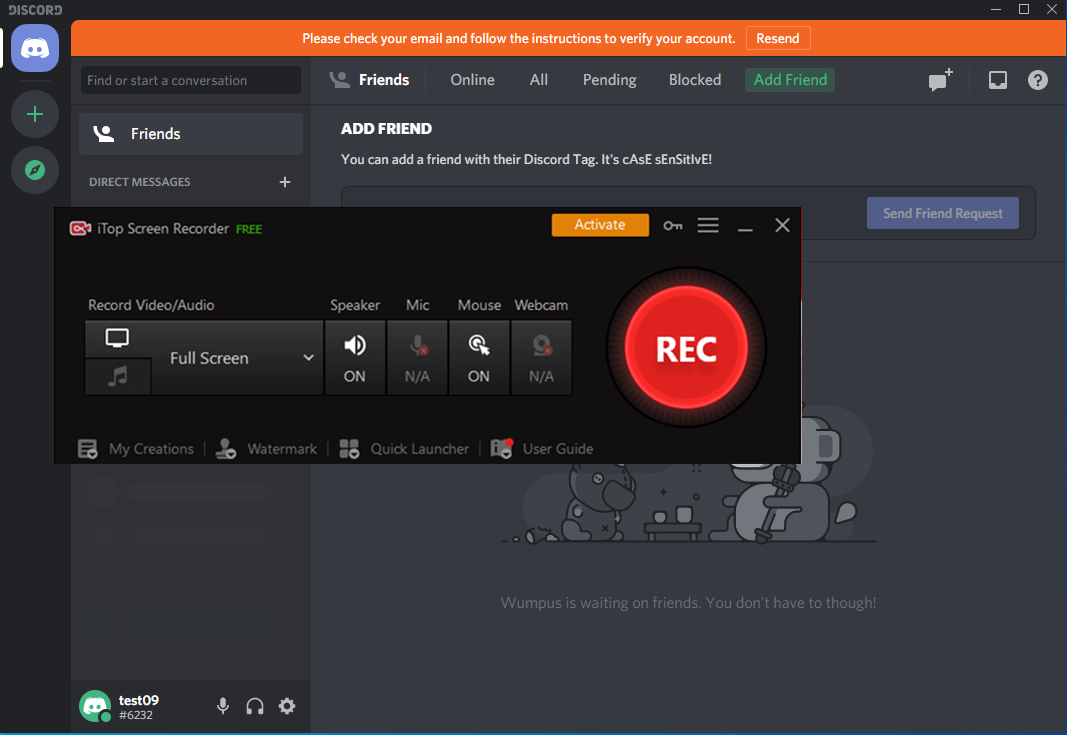 Click the red "REC" button & start recording. We can turn on/ off the show off the Speaker, Microphone, Mouse display & Webcam during the record of the Discord conversation. By clicking the red stop icon to stop recording.

This easy-to-use screen recorder can be used to record different source like switch game plays,  or take a screenshot during playing games, etc.

You May Like: Best Screen Recroder for PC without Watermark >>

Record Screen with OBS or Not? It is a Question.

As we stated, the OBS studio is a powerful software that completely covers screen recording Discord meeting & online streaming business. But it isn’t a perfect video tool to handle with. If we focus on a specific domain, like screen recording, the iTop Screen Recorder is a good helper. it can help us to handle the recording job, with its simple operation, lesser system resource occupation, and extra video edit function.