Xbox Game Bar is a built-in screen recording tool for windows 10. But how to record screen without Xbox Game Bar? The following 3 ways can help you out.

After Windows 10, cool features were added, such as the pre-installed Xbox Game Bar. It’s convenient to use while recording games since all you need is to use the necessary shortcut to launch it, and you are good to go. There are, however, problems that arise as you record. The most annoying one is lagging and screen freezing. If your graphics card cannot support more tasks as you record, especially during gameplay, it will be problematic to use the game bar. 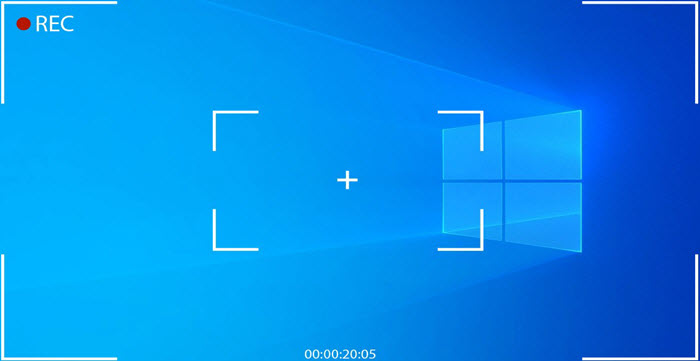 If you are looking for a way to record screen on Windows 10 without Xbox, then here is iTop Screen Recorder. It’s the best alternative to Game Bar option since it’s built to comply with the PC's hardware.

iTop Screen Recorder is an advanced screen recorder that supports 4K quality, and you don’t experience lag. It has the GPU encoding technology, which allows the app to use the graphics card memory instead of overloading the CPU. And,  you don’t experience lagging. The screen recording will have the same FPS rate as your screen rendering. It’s a fully compatible with Windows 10, 8, 7 and the latest 11, and the best part is that it’s free to download and get started. Everything is clear when it’s time to use it, so it’s a matter of clicking on what you want to record and then letting the recorder perform the rest.

What You Get from iTop Screen Recorder

As it gives a way to record screen on Windows 10, you get the following features:

● Capturing flexibility: You can record the entire screen or select a section of the screen to capture by either dragging to select the area or specifying a fixed region.
● Multiple recordings: You can record the screen, audio, and webcam. You can use it to record zoom meeting, gameplay, tutorial video and so on. All you need is to select what else to include in the recording.
● No time limit: You can use iTop Screen Recorder to record for as long as possible. The only limitation here is the memory space on your PC.
● Custom watermark: It is the best screen recorder for PC without watermark. You can remove the default watermark or create a new logo or slogan as your own watermark.
● Adding annotations: If you need the mouse click effects, it’s possible to do so. iTop Screen Recorder suits those who need it to record webinars or presentations. There are also doodles to use, such as rectangles, pen drawings, etc.
● Record scheduling: You can record the screen immediately after you start the recorder or have it record at a stipulated time.

Step 2: Select the area you would like to record. 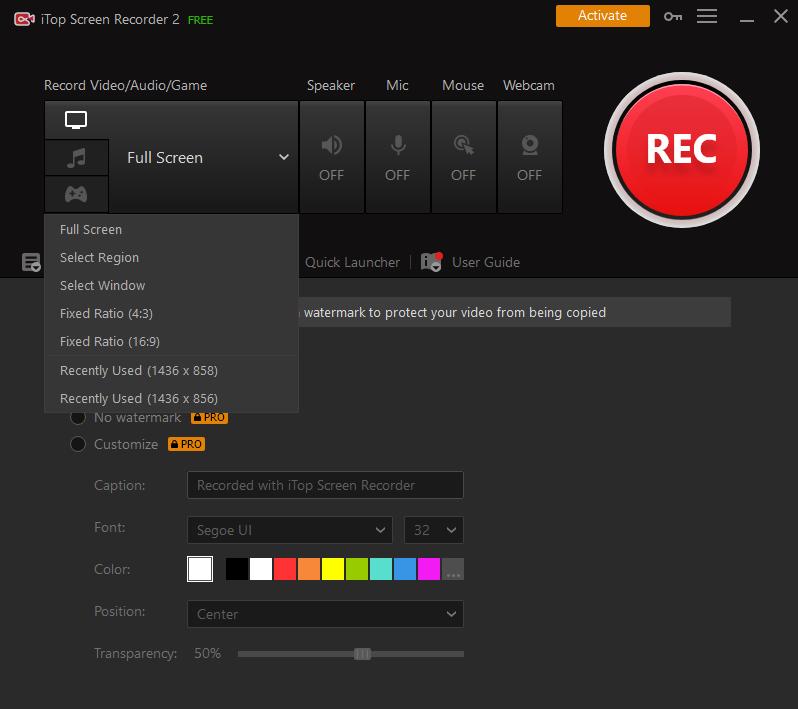 Step 4: After applying all the settings, click on the big REC button or use the F9 hotkey to start recording. Once you are done, click on the Stop button and access your recording via the My Creations tab. 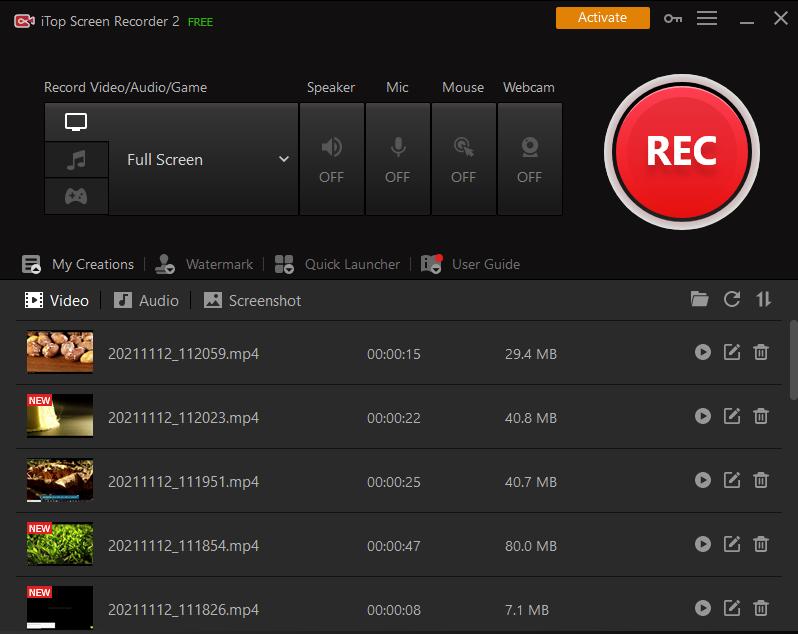 You can learn how to record screen on Windows 10 without Game Bar by utilizing Microsoft PowerPoint. You can use it to record the presentations, slideshows, and other screen proceedings. It’s also possible to add annotations and record the audio as well. Using PowerPoint to record is available on Microsoft Office 2013 and the later versions. So, you need to ensure that you have a recent Microsoft Office version.

By default, PowerPoint records the audio and the mouse cursor. So, if you don’t need them, you can disable the features before the recording begins. Here are the steps to get your PPT screen recordings.

How to Record Screen on Windows 10 Using Microsoft PowerPoint

Start by opening a new presentation or use an existing one. After that, perform the following:

Step 2: A dock will appear. At this point, select the area to record or use the Windows key + Shift + A shortcut. 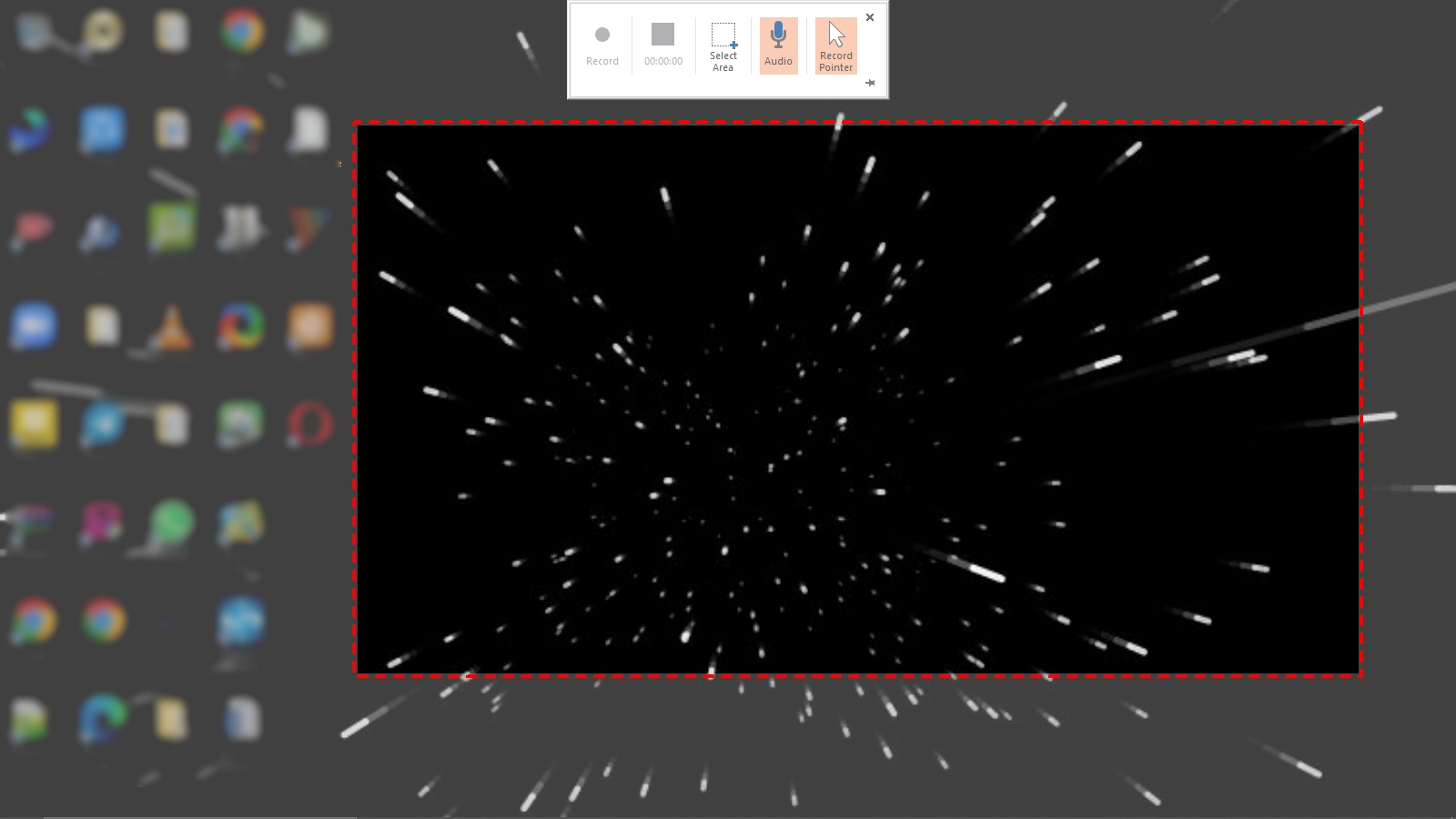 Step 3: Click and drag to capture the area to record using the crosshair tool. By default, PowerPoint will pick the cursor and the audio. Use the buttons on the dock to disable them if you don’t need to record. 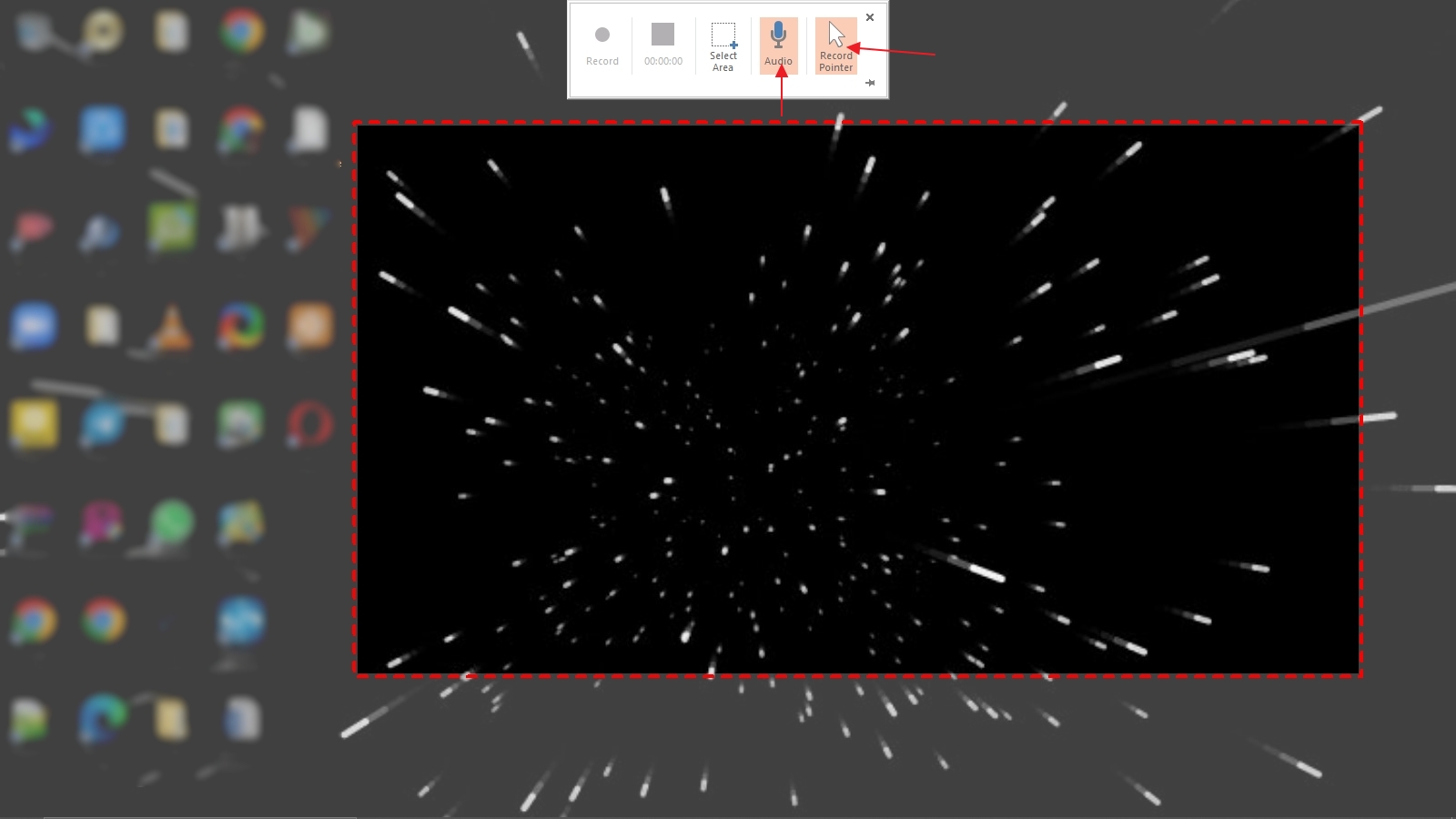 Step 4: Once ready, click on the record button or use the Windows key + Shift + R shortcut to start recording. The same shortcut can pause and resume. You can switch to a different window when the recording begins, and PPT will still capture. 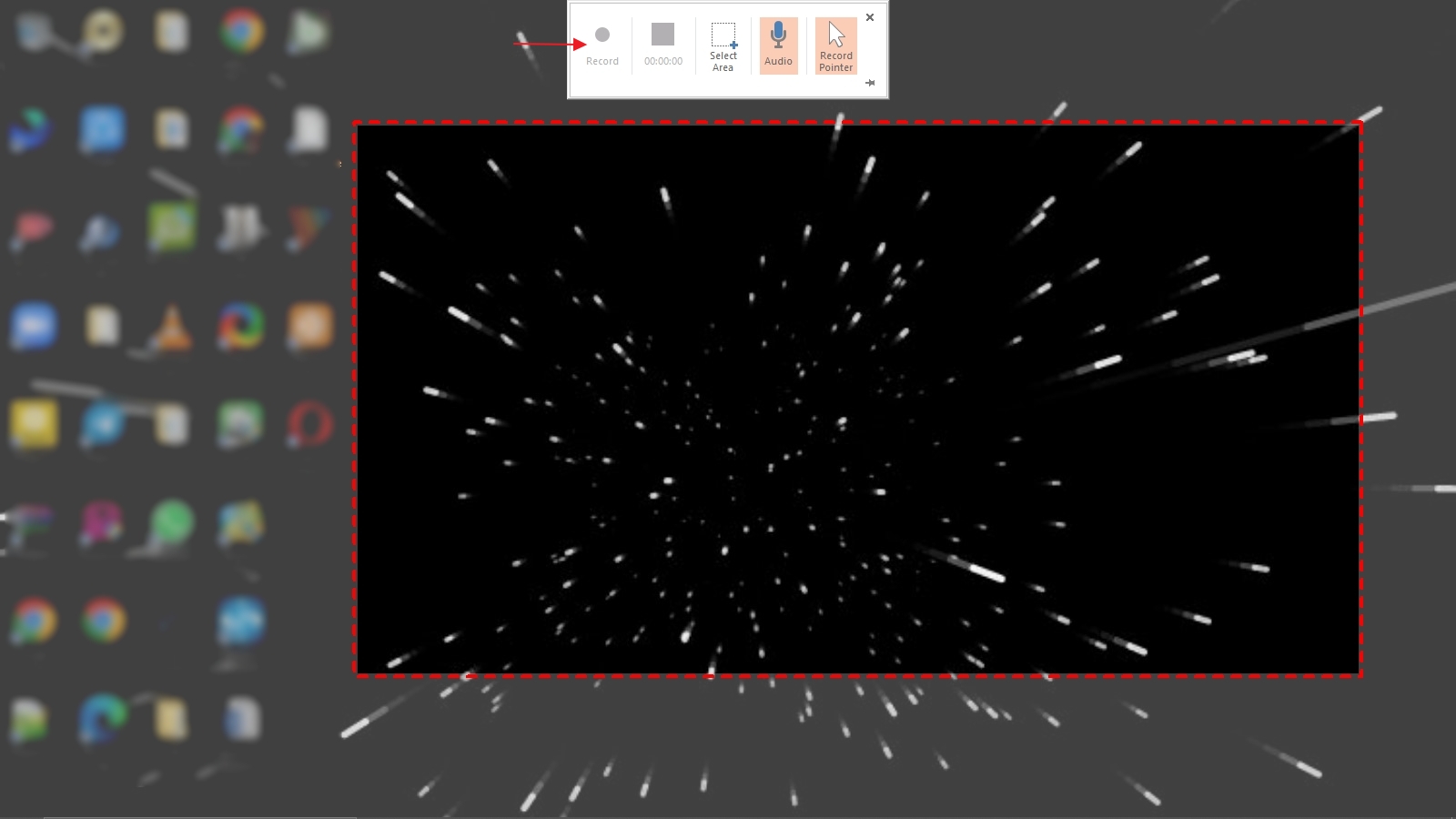 Step 5: You can pin the dock by clicking on the pic icon at the bottom right. When you finish recording, go to the dock and click on the stop button or use the Windows key + Shift + Q shortcut. 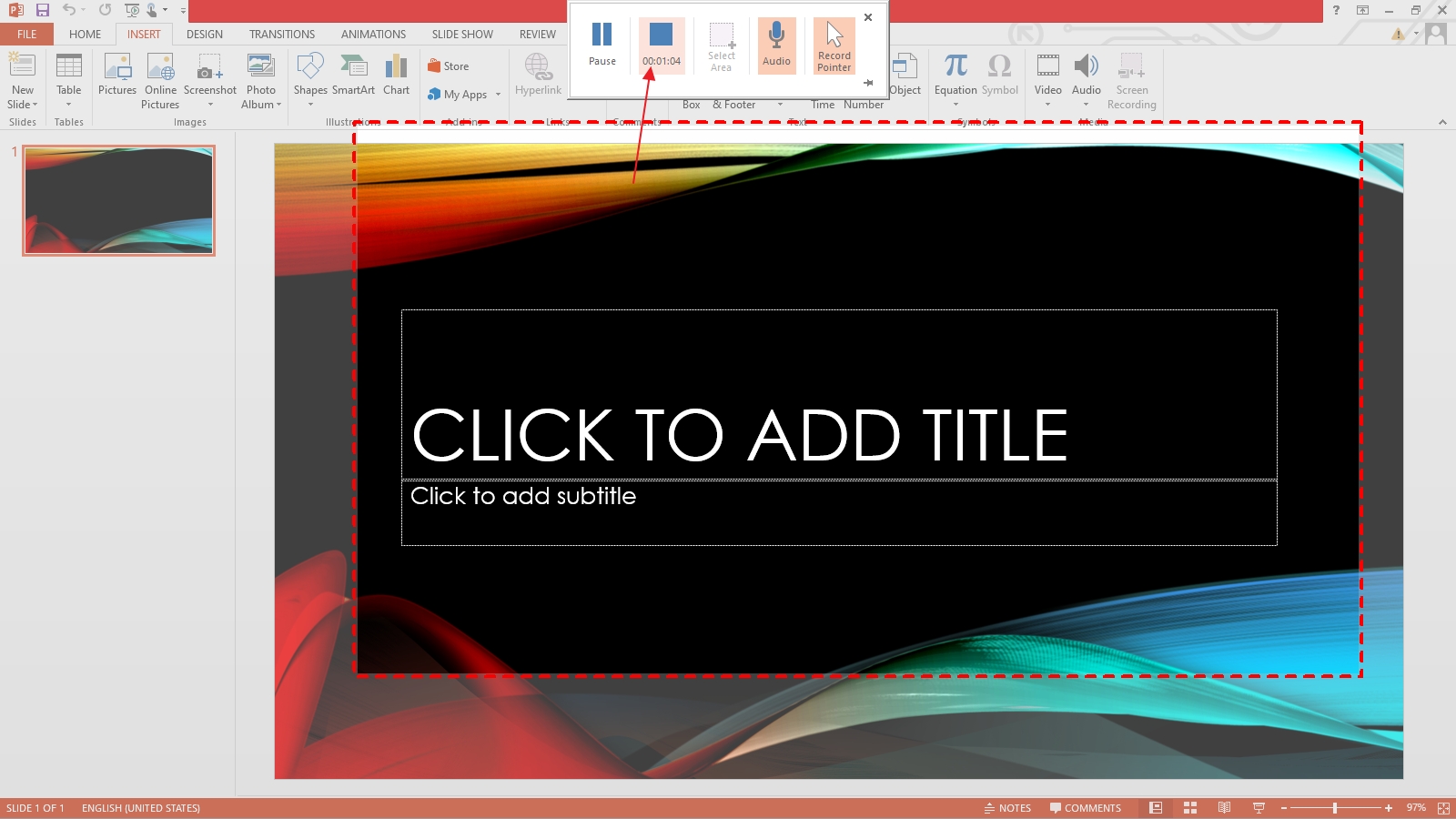 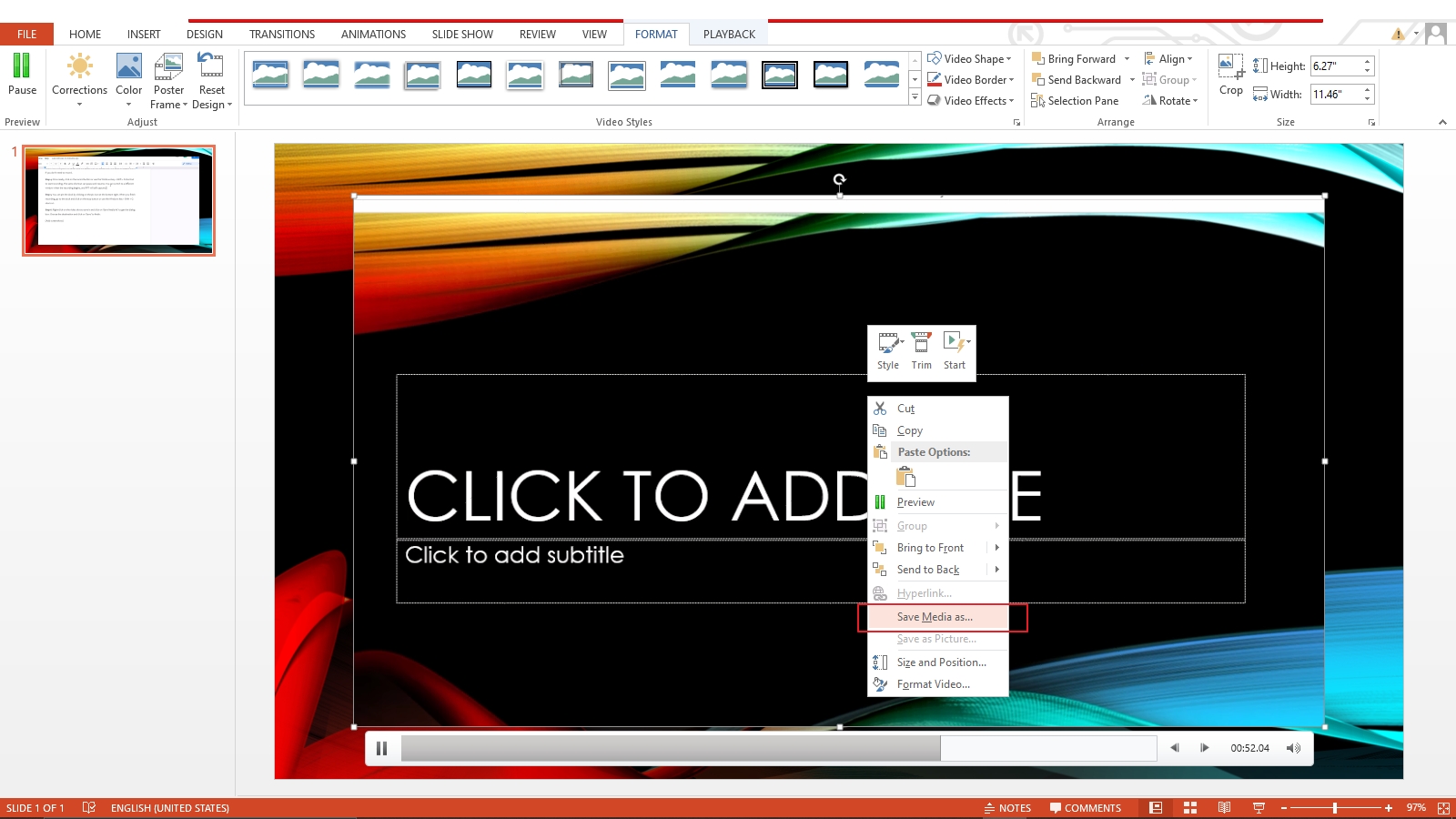 You can record screen on Windows 10 without Xbox using the VLC media player. It’s one of the favorite players to use on your PC since it's compatible with many operating system versions.

You can use it to record your screen and get a video. Here are the steps about how to use VLC to record screen. It's pretty tedious, but it works if you get it right.

Step 1: Launch the VLC media player on your PC. If you don't have it, visit the VLC website and download it for free since it's open source. 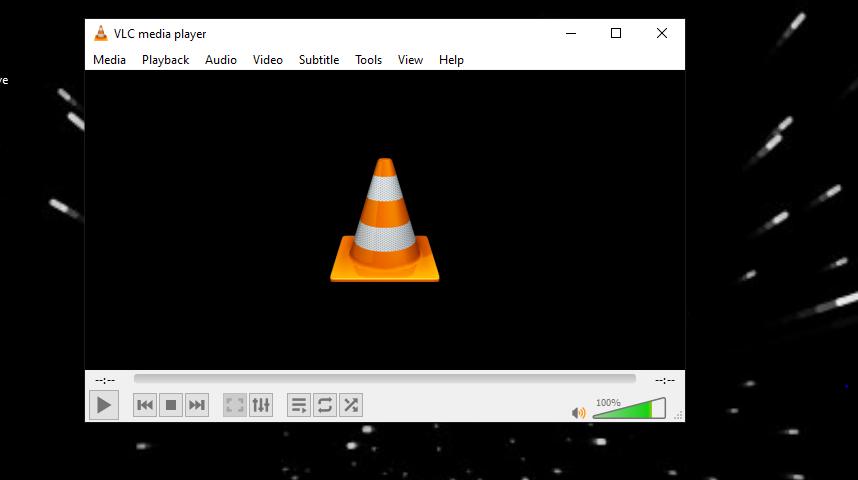 Step 2: There is a Capture Device option at the top left. Click to proceed. 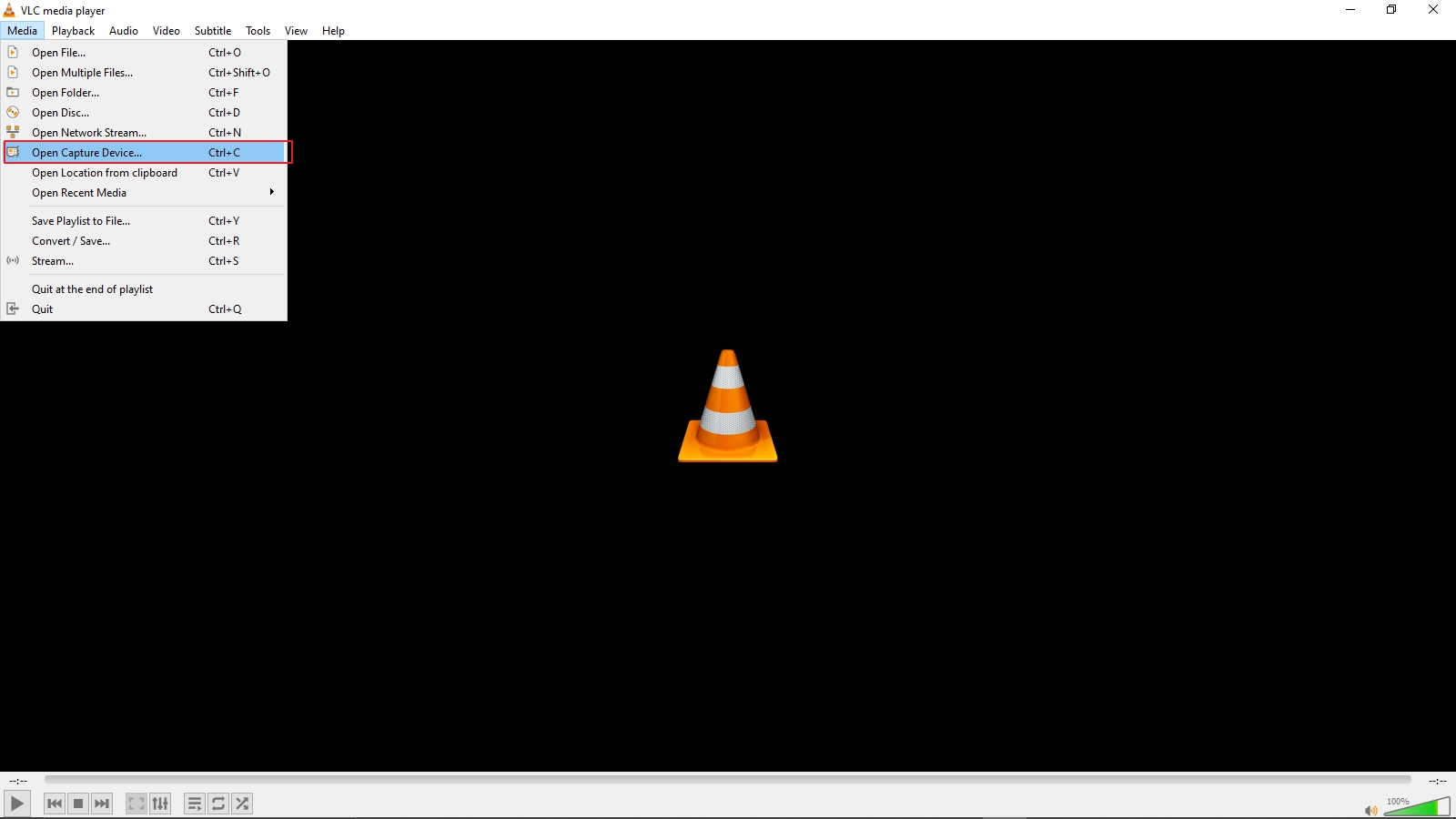 Step 3: Select the capture mode and check for the Play button at the bottom right. Click on the small dropdown arrow and click on Convert in the displayed options. 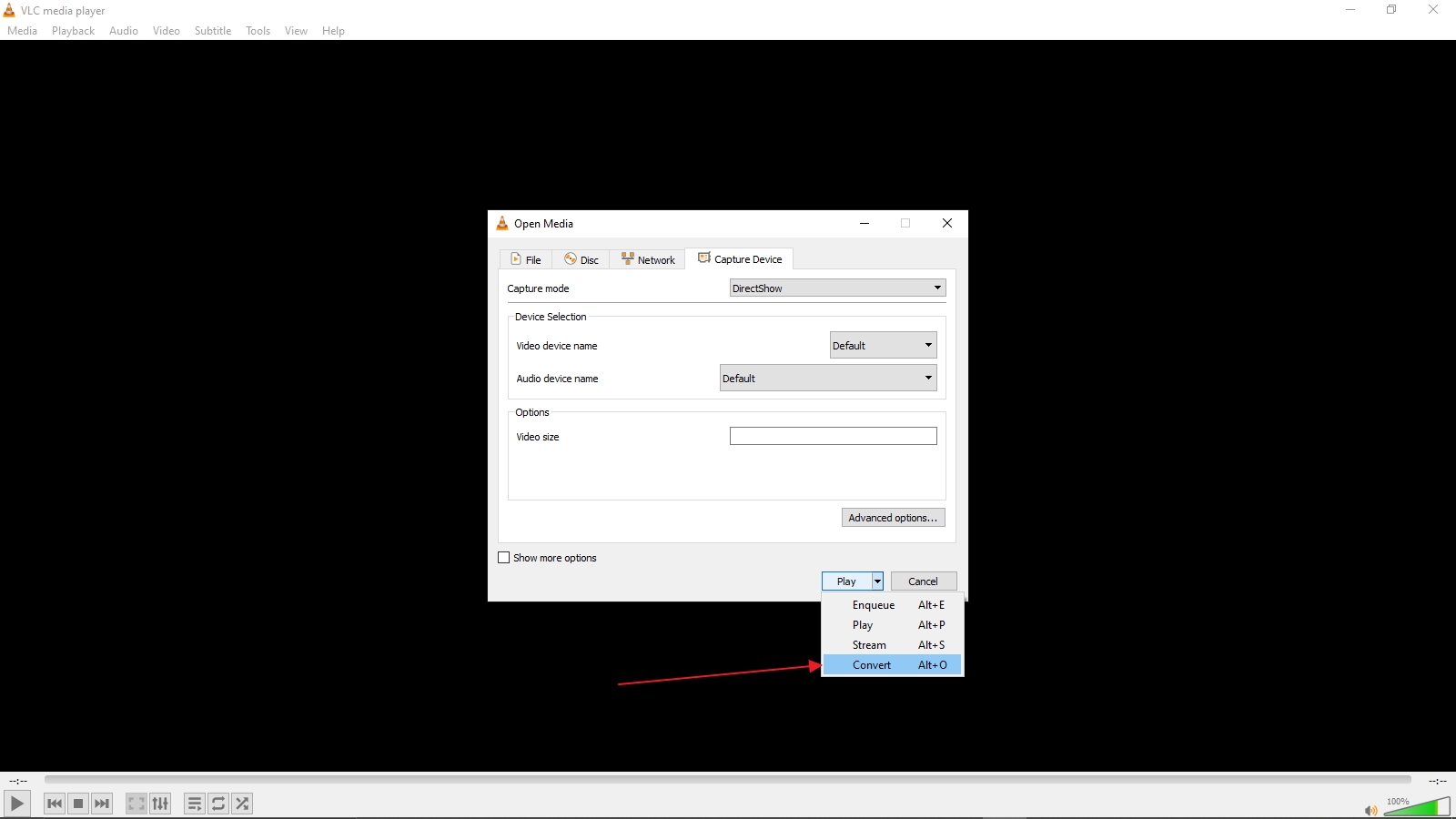 Step 4: Choose the destination folder and input the file name to be used when saving the video. 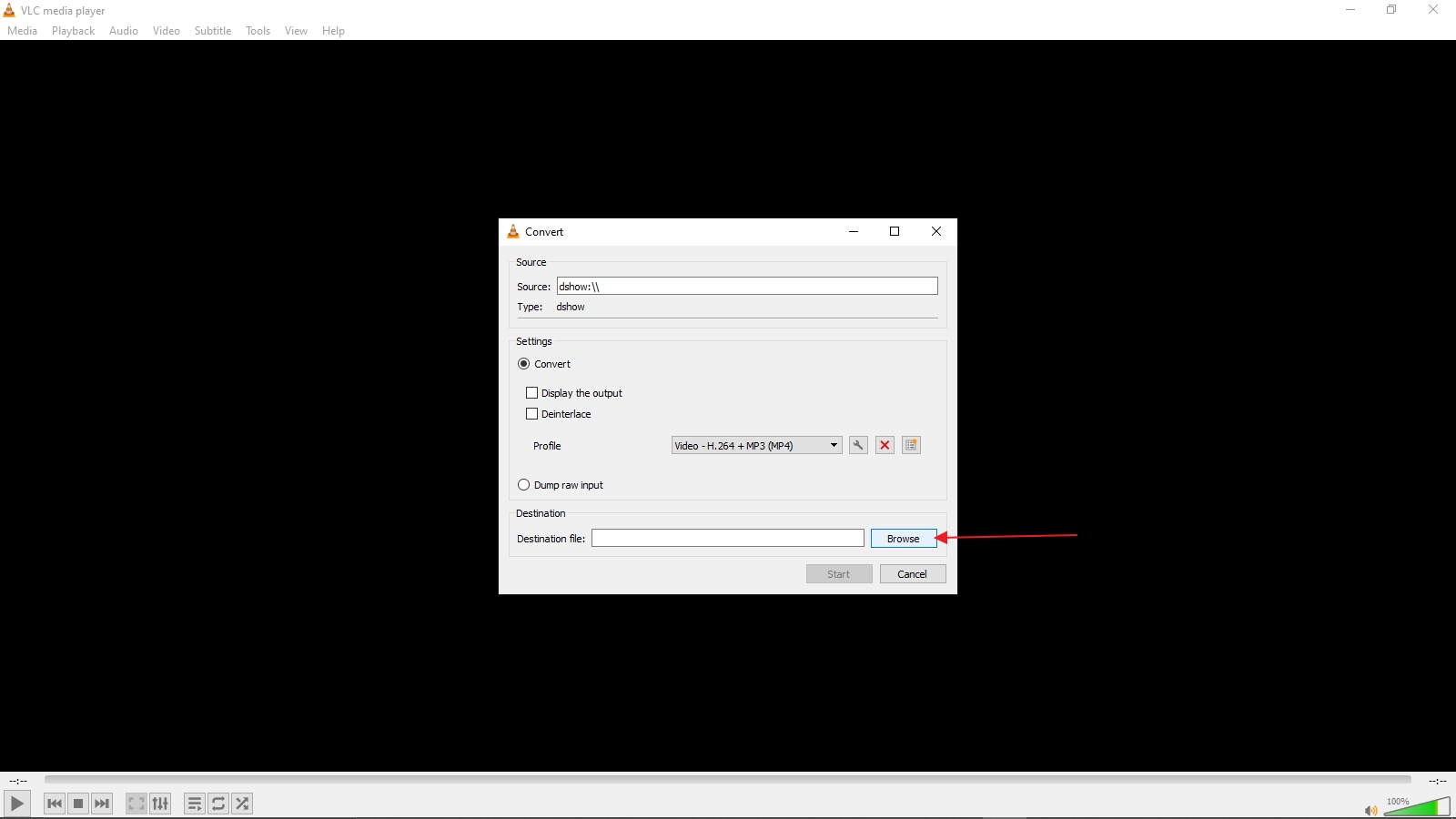 Step 5: Click Start button to begin recording. Once you are done, click on Stop Playback, and you are good to go. Access the video on the destination folder you specified in step 4. 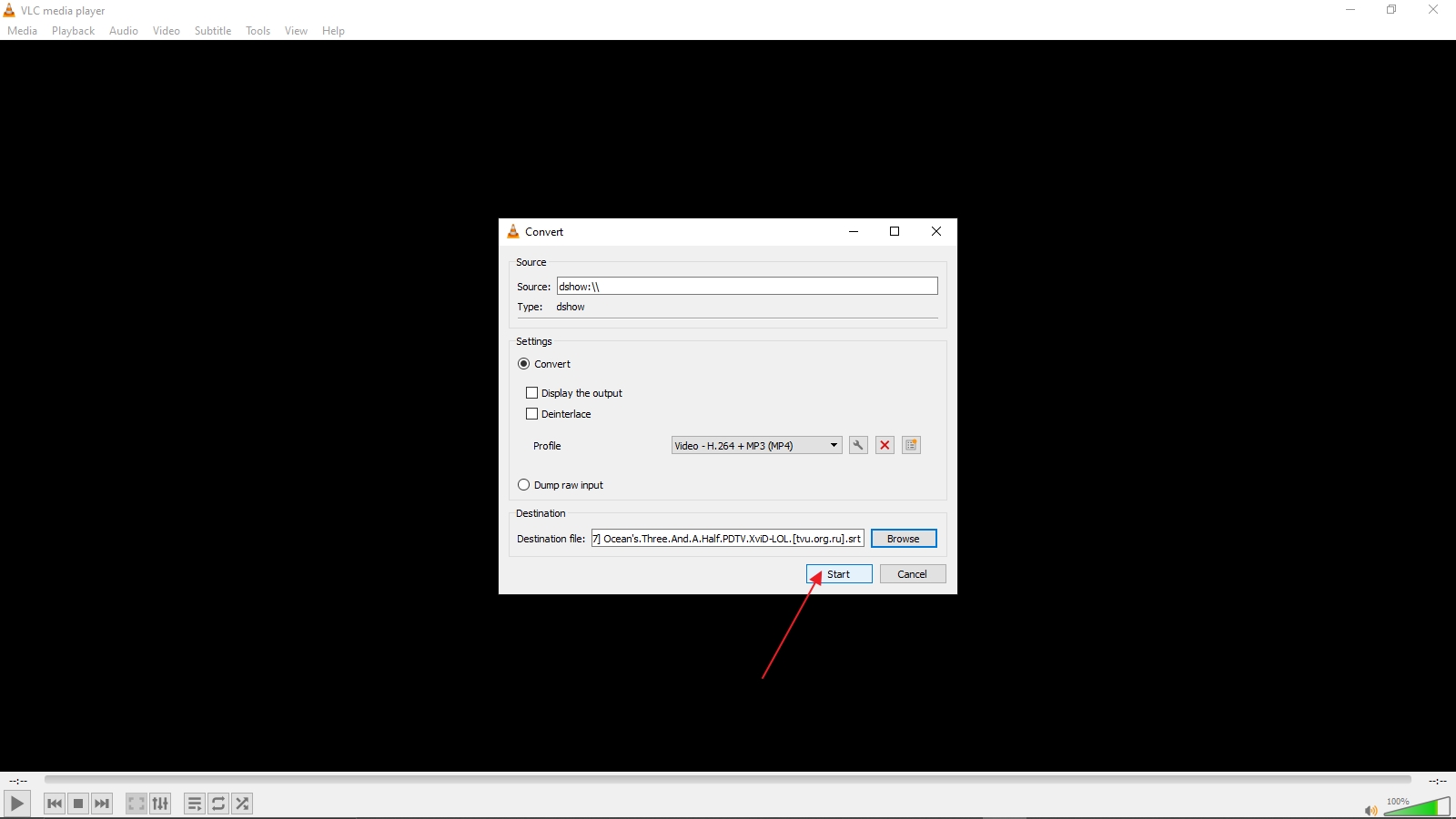 Xbox Game Bar is recognized as the most convenient screen recorder to capture desktop on Windows 10 because you don’t need to install another 3rd-party tool. However, its limitations and issues (not recording, no audio etc.) drive most people to find a way to record screen on Windows 10 without Xbox. iTop Screen Recorder is the best Xbox Game Bar alternative. It can flawlessly record any activity on PC in full screen or selected area. It also offers the best recording experience to capture 4K video, 1080P 60fps video without lagging.