Follow the thorough PPT screen recording guide to record your screen in PowerPoint on PC and fix no audio/not working issue with no effort at all.

Presentation can well demonstrate your production, achievement, idea etc., on a meeting or lecture. Microsoft PowerPoint, which is recognized as the best program to create a digital presentation, offers an array of gadgets to make the content more informative but accessible. PPT screen recording is one hidden but awesome feature able to record your screen as a video that help illustrate a program "how to" guide or problem solving process more intuitively. 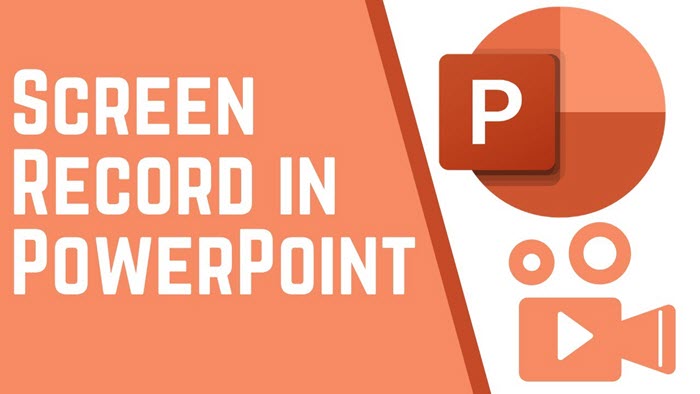 How to Make a PPT Screen Recording with Audio on PC

How to record screen with audio in PPT? Follow the guide.

Before everything, please make sure that you have installed the available version with PPT screen recording feature.

Step 1. Open the slide that you want to insert PPT screen recording.

Step 3. A mini control dock with five option buttons will appear on the screen. PowerPoint will automatically record audio and mouse pointer. Keep them on if you want to create a PowerPoint screen recording video with audio. Otherwise, click Audio and Record Pointer to turn them off.

Step 5. Click Record button to start recording. You can also pause or resume at any time. At last, click the square-shaped Stop button to finish the process.

Step 6. The recording video clip will be automatically added into the slide. If you need to trim it, right-click the video frame and select Trim. Now, select starting and ending position to make the cut.

Step 7. If you want to save the PPT screen recording to hard drive for later sharing or uploading, right click the video frame and select Save Media as > select a folder > give it a name > Save.

PowerPoint screen recorder offers an easy, quick and no-effort way to capture screen as a video clip on PC. However, it comes with some limitations and disadvantages.

● It automatically records the system or internal audio from default sound input device on Windows. PPT screen recording no audio issue probably appears if you try to record sound from external microphone.
● It may cause lagging or shuttering to render a long recording video in a slide.
● Although PowerPoint enables you to record screen on Windows 10, 8, 7 and the latest 11, you should install compatible version (updated 2013 or later) to get the feature.
● PowerPoint screen recording not working issue happens sometimes. You may find nothing starts after the countdown, or get a message saying "An error has occurred, please try again".

How to Fix PPT Screen Recording Not Working Issue

There are several regular ways that you can try for solving PPT screen recording not working problem.

If you tried all above methods but still fail to screen record in PowerPoint, it is highly suggested to use an alternative program. iTop Screen Recorder is the best choice to make a screen recording video for using in PPT, presenting in online meeting or lecture, sharing on YouTube etc.

iTop Screen Recorder shows off its powerful ability for screen recording. No matter what you are doing now, using a program, playing a game, watching a movie, attending a meeting, it can flawlessly record everything on the screen. It allows you to flexibly select area for recording, full screen, a window or random selected region.

This PPT screen recorder alternative can also helps you record screen with audio (internal and external) from any connected microphone in your computer. What's more, it can record screen and webcam. You can record yourself with audio narration to make your training video easier to understand by audiences.

iTop Screen Recorder has a great performance. It is able to screen record 4K, 1080p HD, 60fps videos with no lag thanks to low CPU usage. You can even experience super smooth screen recording on a low-end PC.

What's more, it allows you to record video with no time limit, trim recording and directly share the recorded video to YouTube, Dropbox etc.

How to Use PPT Screen Recorder Alternative

iTop Screen Recorder will automatically detect speaker, mic, mouse and webcam on your computer and turn them on. If you need to screen record video with audio and facecam, keep them on. Otherwise, click the corresponding icon to turn off. 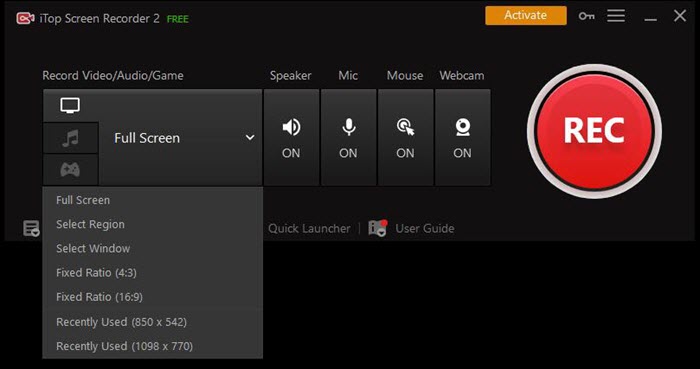 After countdown, a control bar appears on the bottom right corner on your screen. Click Pause or F10 to temporarily stop recording and Done or F9 to stop recording. 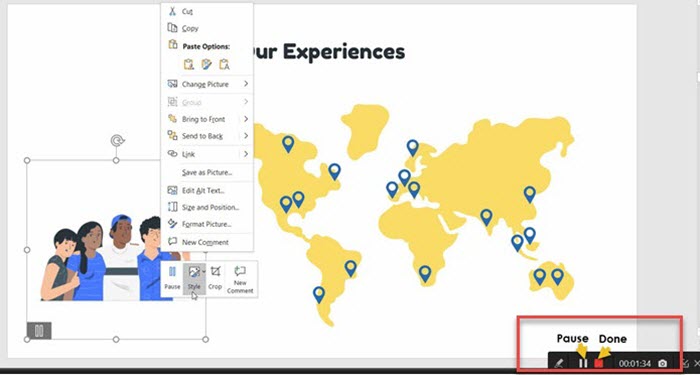 Step 3. Edit and Save

The recorded video will appear in My Creations. You can click edit button to trim the video. Then Export it to a destination folder. Now, you can insert the screen recording in PPT or for other usage.

PPT screen recording indeed offers a no-fuss method to capture screen for using in a slide or saving the media on your hard drive. It has several limits and problems, like only available for audio recording, no webcam recording, incompatibility and not working issue. iTop Screen Recorder, the best PowerPoint screen recorder alternative for Windows, can help you flawlessly record screen with audio, facecam with no time limit. Besides screen recording, it can be used to record Zoom meeting, PC gameplay and websites videos. It also performs well to record 4K/HD videos with no lag. Try it now!