3 Best Screen Recorder for PUBG on PC, iOS and Android:

Record, edit, and share all your amazing gameplay in PUBG. All in this best screen recorder app for PUBG. Check this free tool now.

PlayerUnknown’s Battleground is one of the hottest FPS games in today’s world. It even reached 5M users daily once in a while. Players around the world enjoyed this game in their ways and shared their amazing or funny gameplays with friends or post them on the internet. At this time, players like you all need a tool to document those brilliant moments and excellent techniques in the game. And the tool is called PUBG screen recorder for PC. You can record, edit, and then share all your marvelous moments in the game by using this free tool. This passage also prepares the best screen recorder for PUBG mobile. Want to know more about it? Check the content below: 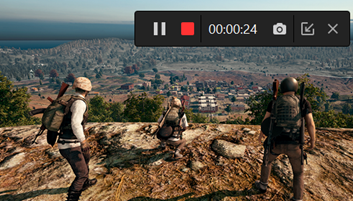 Everything About the Best PUBG Screen Recorder for PC

The best screen recorder for PUBG mentioned here is called iTop Screen Recorder. This tool is free and easy to use on your PC and it also has many profound features that you may feel interested in. Let’s skip nonsenses and learn about its features now.

Audio in the games could be recorded by iTop Screen Recorder. No matter you want the voice of yours and teammates or the sound of automobiles, guns, grenade, etc. This tool could document them all and nothing will be left. You can turn off the sound of this recorder too if you do not want sound in some parts of a video.

A match in PUBG could last 30 minutes or so and we could not share the whole match with friends for it will be too long and many meaningless moments are included. Therefore, we need to edit our videos after recording. iTop Screen Recorder provides the editing feature for you. You can edit the video and choose those parts that you want to share and save. No need to and download and use other editing tools.

Blurry videos are not preferred for all people. iTop Screen Recorder supports video with 4K definition and all the details of the video will be preserved. Videos with such high definition may have lag or mosaic during playing. This recorder also considered that and offers a feature called ‘No lagging While HD Recording’. The last thing you should worry about is the quality of videos generated by this tool.

How to Use the Best Screen Recorder for PUBG

Here are two ways that you can use this recorder to document your games. The first is to start the recorder and then start the game. So, you need to play games while recording which is more demanding to your computer’s RAM and Graphics card. That is the reason why the second method is more worthwhile to try. You do not have to run the recorder in the background while playing games but to record after you finish every match. Detailed steps are listed below:

Step 4. Find ‘Video’ in the games and open the match that you want to record and share. 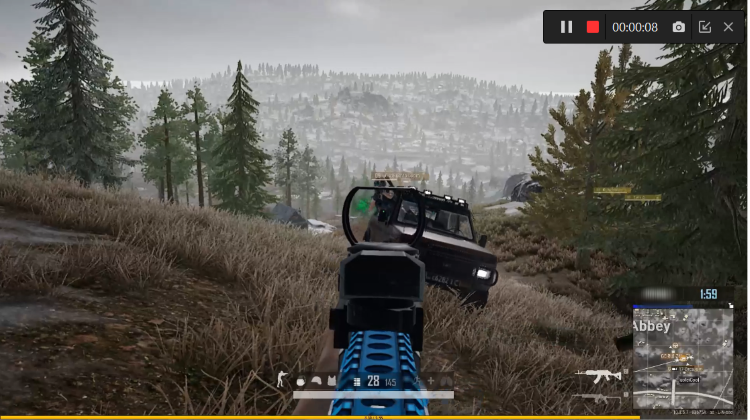 Edit feature could be found after you finish recording. Select those parts that you want and delete unnecessary content. This feature also makes the iTop Screen Recorder one of the best software to record gameplay on PC.

The video below is recorded and edited by iTop Screen Recorder – the best screen recorder for PUBG with internal video. You will understand the powerfulness of this software after watching this short video. Check this video now.

More Methods on How to Record PUBG Gameplay with Audio

Besides using the iTop Screen Recorder, two methods could also be mentioned. The first is to use the Xbox game bar to record your screen in Windows 10. Just press ‘Windows + G’ to start the game bar when you want to record. 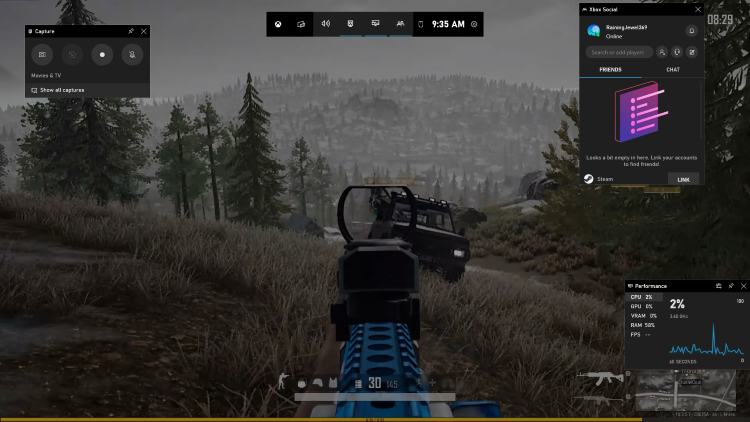 The second method is for those players who own a computer with NVIDIA graphic cards. NVIDIA Highlights provides a feature to film moments in PUBG automatically and you can see every kill after you finish the match. You can set this in the game settings. Picture from the official website of NVIDIA. 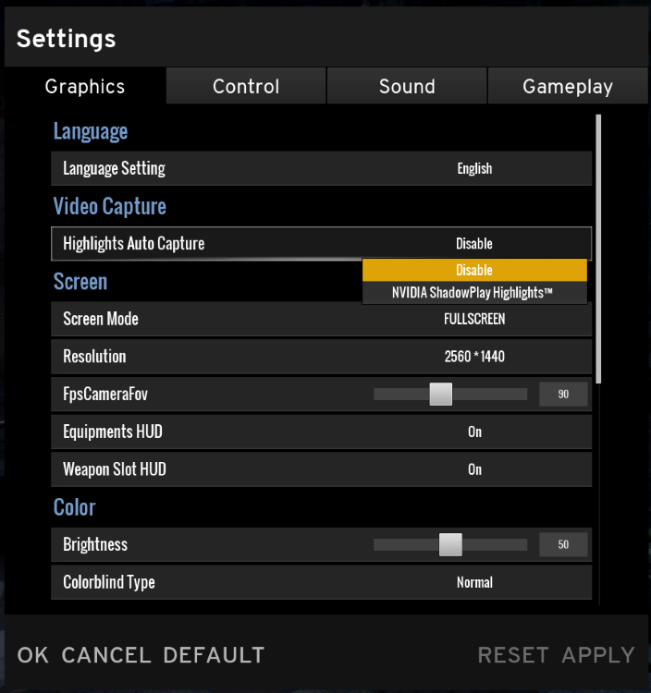 If you are a player of PUBG mobile and looking for a screen recorder to document your excellent gameplay, you can check the best screen for PUBG mobile on PC here.

Except for recording games like PUBG, iTop Screen Recorder can also be used as a work assistant which can help you record Zoom Meeting without permission.

What should we do if we want to record PUBG mobile gameplay? Well, to satisfy both Android users and iOS users, a no lag 3rd-party recorder is recommended. As one of the best screen recorder for PUBG mobile, the DU screen recorder proves to be a one-click solution to record any activities on your mobile phone, with PUBG gameplay included of course. It manages to capture both HD resolution and intact internal audio from your PUBG gameplay. DU screen recorder is currently supporting both Android and iOS devices, let's see how to use this handy App.

How to use the best PUBG recorder mobile without lag?

Step 2. Activate this App. Tap on the camera icon to start recording your gameplay. 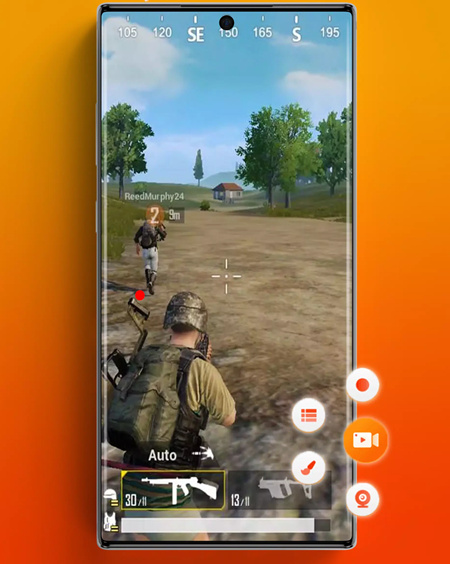 Step 3. Stop recording your screen. Find your game clips on your phone.

That is all the information about the best screen recorder for PUBG– iTop Screen Recorder. It is introduced here for its outstanding user experiences and many useful features. And we can say that the iTop Screen Recorder is the best assistant for PUBG players to share and record gameplays. More advantages of it like low storage demand, simple logic, multiple DIY settings, etc. are still waiting for you to explore. Moreover, there are a lot of iTop Screen Recorder coupons for you to try more advanced features like customizing watermarks and schedule recording.

And remember that this recorder could not only be used to document games but everything on your computer. Questions like how to record your screen for YouTube could also be resolved by using this tool. Get this recorder for your PC and enjoy great recording experiences. So, let’s just say hello to this free software now!