3 Ways to Record Call of Duty: Warzone Gameplay on PC

How to record Warzone gameplay on PC? Here, we will show 3 easy ways to record Call of Duty: Warzone on Windows (11/10) PC with no lag.

Call of Duty: Warzone, a free-to-play battle royale video game debuted as a part of Call of Duty: Modern Warfare on March 2020, unexpectedly gained giant popularity since its release, assembling over 50 million downloads in first month and 100 million players worldwide one year later. It is highly praised across all available platforms (PC, PlayStation 4, Xbox One) especially for the variety and size of the maps. 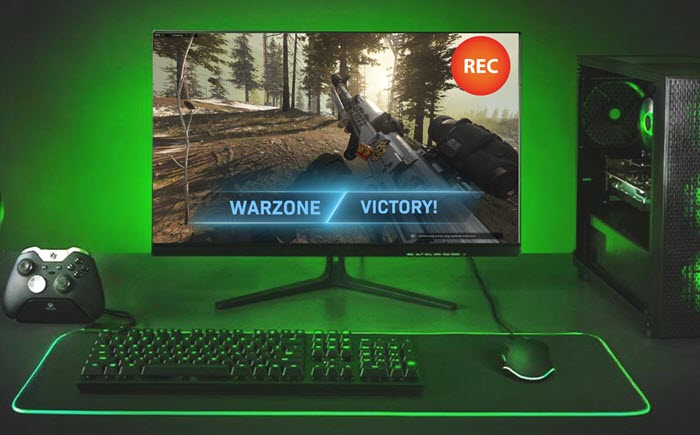 Warzone is absolutely attractive to shooter game lovers. And you, a good player, are probably thinking about how to record Warzone gameplay on PC for sharing on YouTube or just keeping the highlights or skills. Here, we would like to introduce 3 ways to capture Warzone game video clips on Windows (11/10) PC with ease.

There are lots of screen recording programs able to record gameplay in the market. iTop Screen Recorder is such a powerful game recorder that can help you easily and quickly record Warzone and other games while playing on a Windows PC. It is originally developed as a screen recorder to capture everything on your screen. Through several updates, it handles more tasks, the featured one of which is gameplay recording. It utilizes game mode for capturing video clips. It automatically detects the game or allows you to add one game for later recording. It can record Warzone gameplay with game sounds as well as your voice and face through microphone and webcam. Before recording, you can flexibly select recording area, full screen, game window or a random region.

Besides, iTop Screen Recorder has great performance. It enables you to record 1080p HD video with original quality. Thanks to hardware acceleration and low-CPU usage, you can record Warzone gameplay with no lag. What's more, there is no time limit. It is also the best screen recorder for PC without watermark.

Step 1. Download and install iTop Screen Recorder on your PC.

Launch iTop Screen Recorder and click the console icon to access game mode. Add your game and then turn on speaker, mic and webcam if you want to record Warzone on PC with sound and yourself.

Otherwise, you can also use video mode to capture Warzone gameplay. Click Full Screen to select recording region. Turn on speaker, mic, webcam to record with voice and your face.

If you want to make advanced settings, click the three lines on the top right corner of the interface to access Settings window. Click tabs on the left sidebar to customize options. For example, click Format tab and then adjust size (resolution), format, frame rate, bitrate and quality according to your needs. After it is done, click Save. 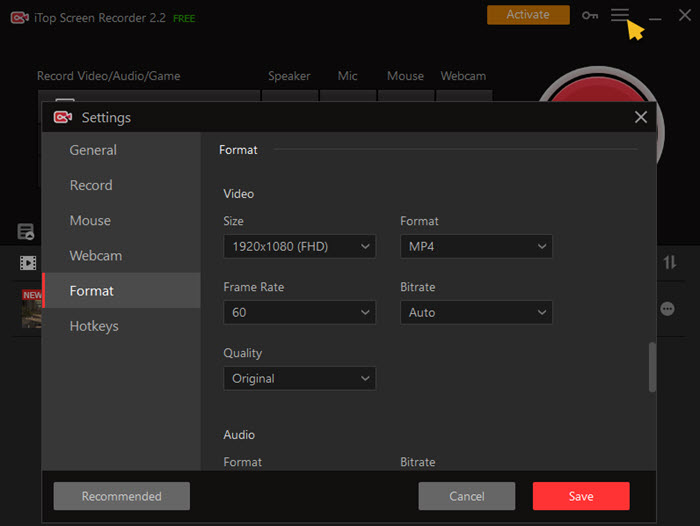 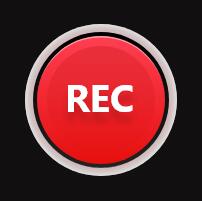 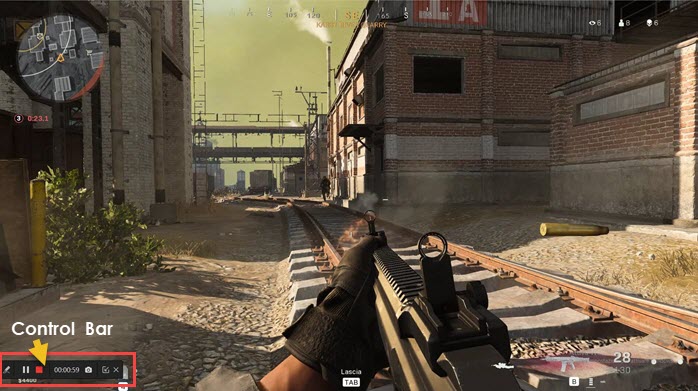 The Warzone gameplay recording will be listed in My Creation once it is completed. If necessary, you can edit the video by trimming, adding filter/sticker/subtitle and directly upload it to YouTube, Dropbox or other services.

Xbox Game Bar is introduced as native recording software that can capture almost all gaming activities while playing on Windows 11/10 PCs. It is also considered as the most convenient choice to record gameplay, especially for Xbox lovers.

Press Start button on PC. Go to Settings > Gaming. Move to Captures tab and now you can customize recording settings. In audio settings, you can adjust quality and volume (for microphone and system sound). In video settings, you can choose to record a 60fps video or 30fps and make the quality standard or high. Besides, you can change destination folder to save gameplay recording and enable background recording. 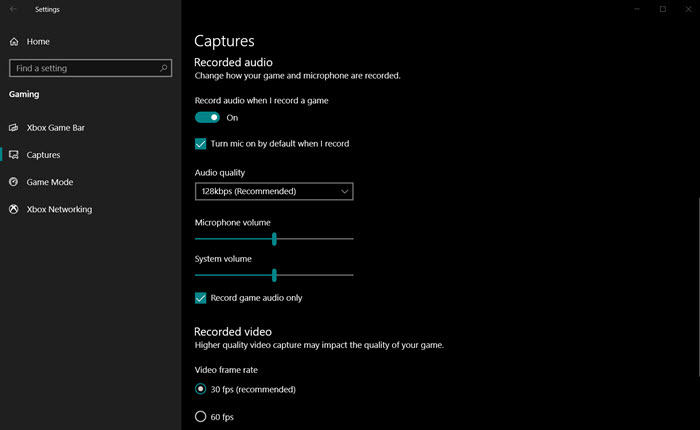 After all settings are done, you can launch Xbox Game Bar by pressing Windows logo key + G. You can also type Xbox Game Bar in search box to access this game recorder. If you have connected a Xbox console to your computer, press Xbox button. 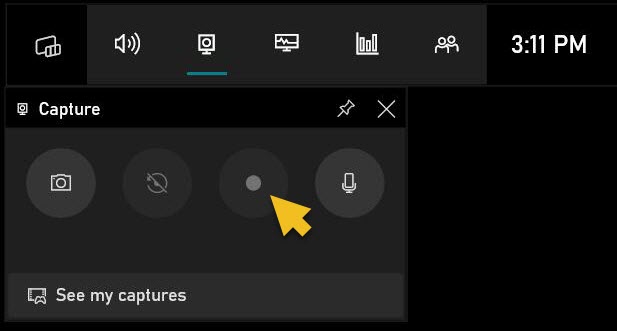 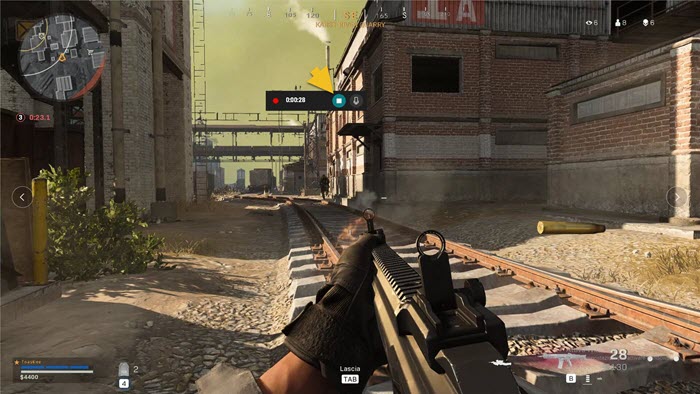 Xbox Game Bar can meet your basic requirements but has some limits, like only able to record full screen, not supporting webcam recording, incompatible with Windows 8/7 and so on. If you just want to record Warzone on Windows 11/10 PC without skill explanation, it is a good choice.

How to Record Warzone Gameplay PC with OBS Studio

OBS Studio is a free and open-source screencasting program that is available to record screen on Windows 10/8/7, macOS and Linux. Like iTop Screen Recorder, it offers a special Game Capture mode that empowers you to record Warzone or other games while playing on computer. Now, let’s learn how to record Warzone gameplay on PC using it.

After the Auto-configuration Wizard pops up, select the second option “Optimize just for recording, I will not be streaming” and click Next. Now, select video resolution and FPS according to you need. Click Next > Apply Settings. 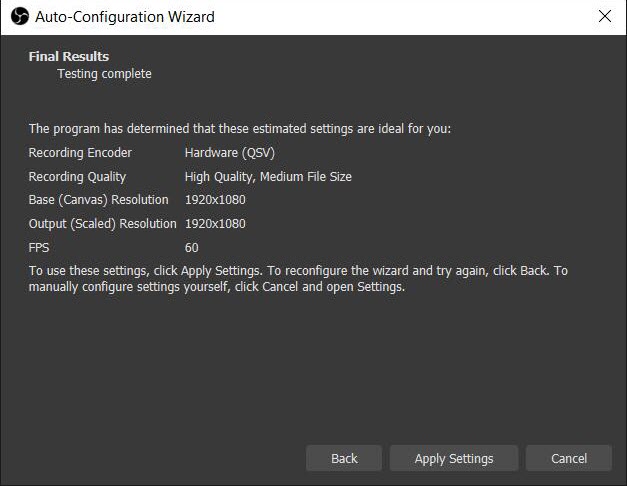 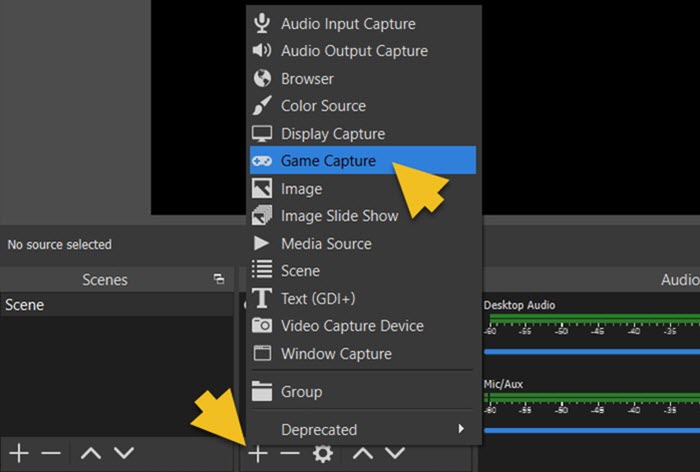 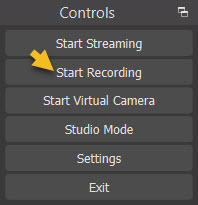 Once you finish, click Stop Recording. The footage will be automatically saved. 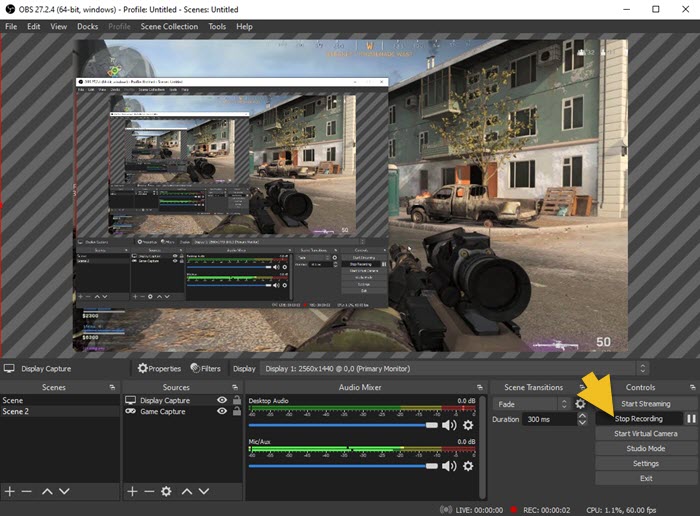 2. With OBS Studio, you can make Warzone gameplay recording on PC with advanced settings. But we should notice that if you try to complete some other tasks while recording a HD footage, your computer may be a little lagging.