How to Record Your Screen on Android – 4 Compatible & Free Methods

With a wide variety of Android devices and Android versions, and the customized UIs emerging in an endless stream, you are in urgent need of a common and adaptable method or tool that can help solve the problem of how to record your screen on Android devices. As we all know, iOS has its own convenient and practical screen recording function, however, Android 11 has already introduced a screen recording feature. But if you are using previous Android versions, that's fine. In this post, we've also got a great plan B - 3 common ways to record screens on Android devices for you. 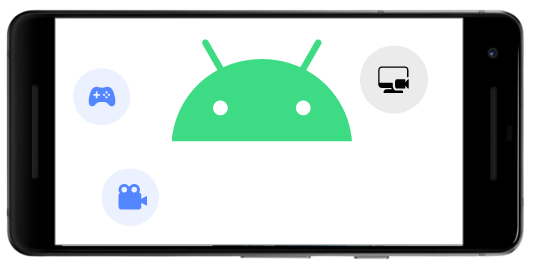 As a matter of fact, since Android 11 launched, using Android's built-in screen-recording tool is no longer limited by phone type. As long as you're running your phone with Android 11, you can record everything that's happening on your phone's screen, edit it, and share it with your friends. Sounds great, right? Let's see how to record your screen on Android step by step.

Tap the screen recorder icon in the pull-down notification shade. Then permit to begin recording. 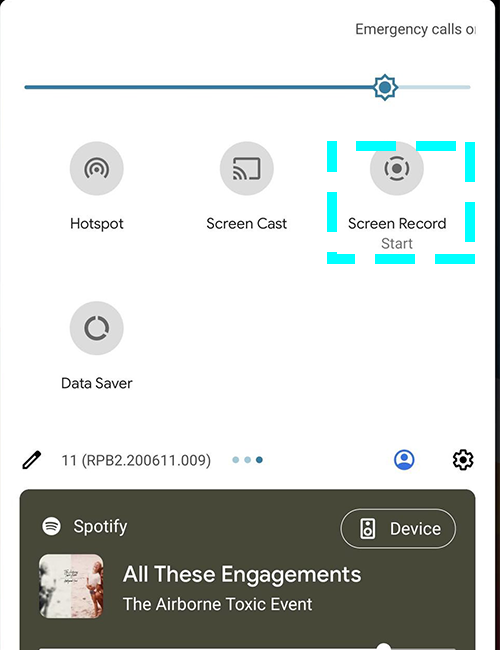 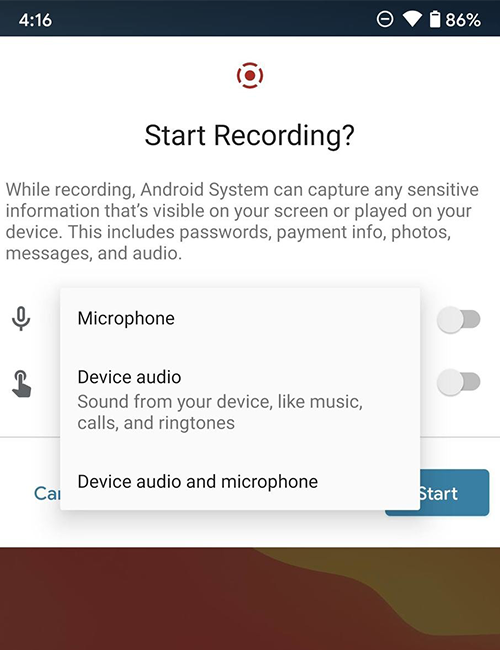 Tap “Stop” to end your recording and the recorded videos will be saved to your photo gallery. 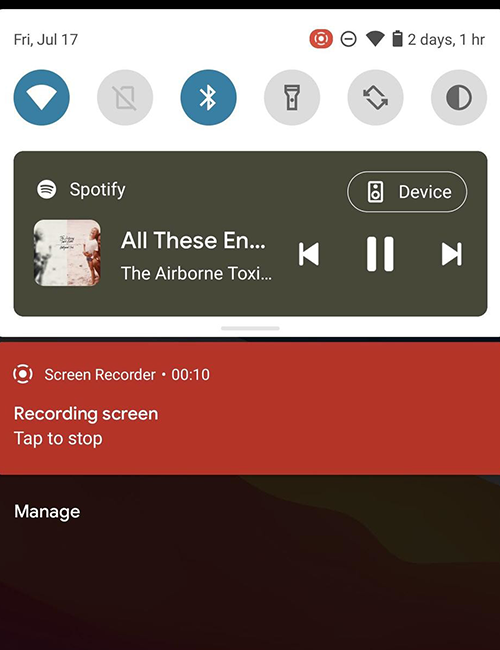 For users who have further demands like doing simply editing the recorded videos, you can go to the Google photos or the in-built gallery of your phone to get help. 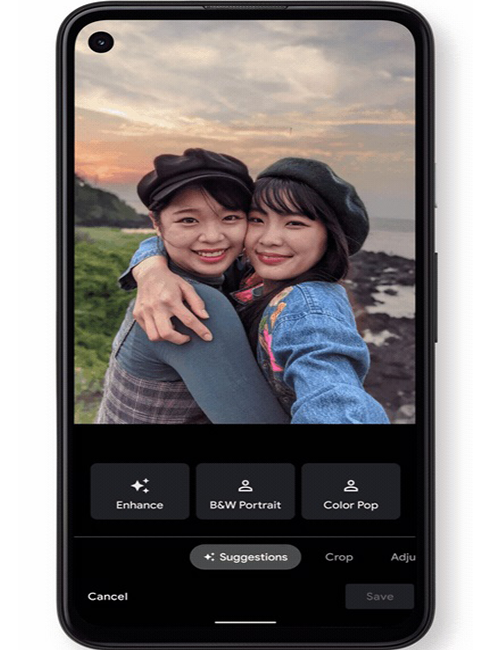 While Android's built-in screen recorder is convenient to use anywhere without being downloaded or installed, not all phones and Android versions support this tool.

AZ Screen Recorder deserves an award for the benefits that it brings us an almost all-powerful Android screen recording software devoted to solving the issue that how to record your screen on Android. It gives the users maximum customization, you can record your screen with external or internal audio, pause or resume recording as you wish, enable your facecam when doing a live stream, and draw on the screen when recording.

In particular, its one-stop service not only allows you to easily record high-definition video but also offers compression and video editing options. AZ Screen Recorder supports most common editings like cropping, rotating, trimming, cutting, merging, and adding text and music to your recordings. In the end, you are able to convert the recorded screen to GIF or share it with others. 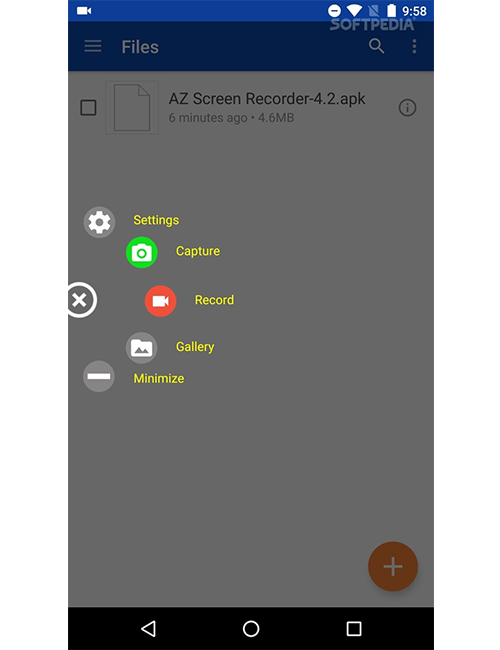 When it comes to how to record your screen on Android, it's one of the most influential apps should be X-Recorder.

X-Recorder has more than 100 million downloads on Google, and it gets a high rating of 4.7. In users’ view, X-recorder is a great app not only because it has made screen recording easy when you were seeking answers about how do I record my screen on Android. Other reasons like it won’t make your phone lag even when using drawing apps like AutoClicker and it doesn’t show many ads that would bother you like other apps. Moreover, its icon buttons over the screen help users start recording, stop recording and edit the recordings quickly and easily. 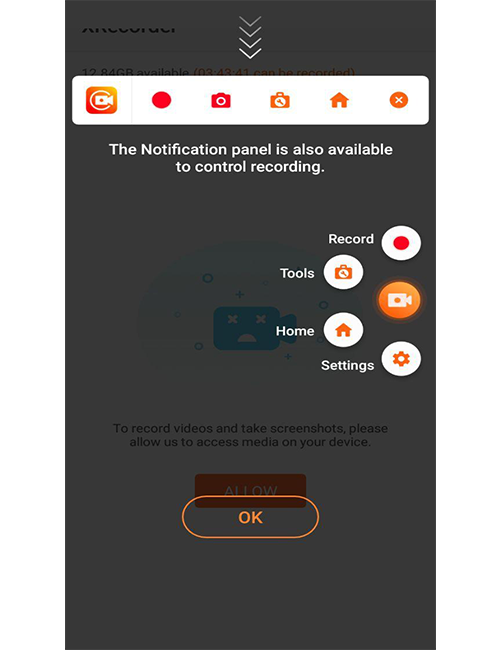 Mobizen Screen Recorder is also one of the most popular Screen recording software for Android users. It provides users with a variety of options in terms of functions. Except for the basic recording screen with sound, taking screenshots, and selecting recording portions, it also allows users to set the recording resolution from 240p to 1080p, the bit rate from 0.5Mbps to 12Mbps, and the freedom to choose frame rates from 5 to 60 frames per second. The more attractive part is it has no time restriction and a watermark attached to your recordings. You can casually change the logo of Mobizen into yours. 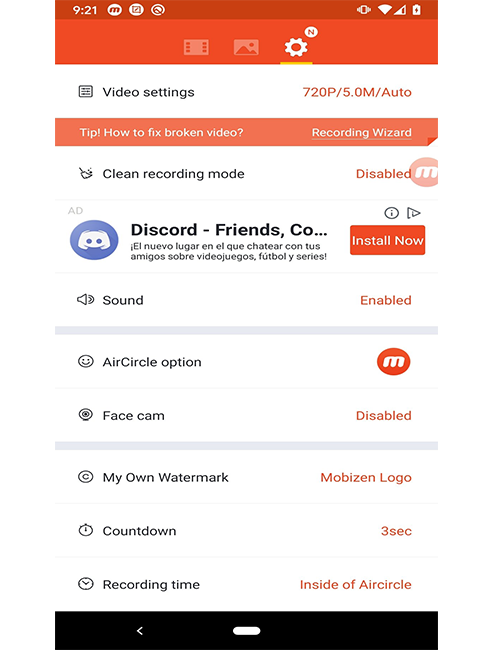 How to record your screen on Android? This might not be a tough question for you to answer anymore after learning about so many wonderful optional screen recorders here.

Even though people do most things on their phones more often these days, whether you're playing games, watching movies, or taking online classes, it's clear that using a computer is more efficient and better for the eyes. So, if you are going to record your screen on PC when doing all these things, it's not enough just to know how to record your screen on Android, you also need to stock up a good PC screen recording tool.

Definitely, you should not miss the iTop Screen Recorder.

Record all sounds you can hear and every syllable you said that based on your choice.

Record the Screen with Front Camera

Capture your face and your screen in the recorded video at the same time. The function is quite helpful when recording gaming, a tutorial, a presentation, or a video call.

You are allowed to freely choose which video format to output your recordings since iTop Screen Recorder supports more than 12 exported formats.

Freeze-frame the cherish split second while recording. Even there are tough technical barriers to go beyond, only if you need it, iTop Screen Recorder will make it.

It has no command on adding a watermark to your record videos and it allows you to edit your own watermark if you want to.

Samely, it has no time restriction on recording time, so you can record a video as long as you desired.

You totally don’t have to worry about a quality loss that happened to your final recordings, because it provides you with HD recording settings.

This article lists 4 approaches to solve the problem that how to record your screen on Android. One of them is to take full advantage of the screening tool that is carried as default in Android 11. The other 3 are a selection of third-party screen-recording apps that aren't tied to Android versions. They are AZ Screen Recorder, XRecorder, and Mobizen Screen Recorder. In addition, the article also especially for PC users recommends a universal screen recording software named Screen Recorder which has good compatibility, strong adaptability, and low requirements for the computer configuration of the computer. If you are interested in it, click here to download it, completely free!