A free game recorder is in need to capture gameplay on PC. 2022 top 5 game recording software for Windows (10/11) is here to record your moments of honor!

From the League of Legends to the Minecraft, the Overwatch to the Call of Duty, gamers are addicted to capturing the gameplays and sharing these game clips to social media like YouTube. The fact remains unchanged today and it seems to be the sheer passion that encourages gamers to consistently share the awesome moments in their favorite games. Consequently, choosing a powerful game recorder becomes quite important for gamers. In fact, capturing video game footage is easy as long as you choose the right tool. 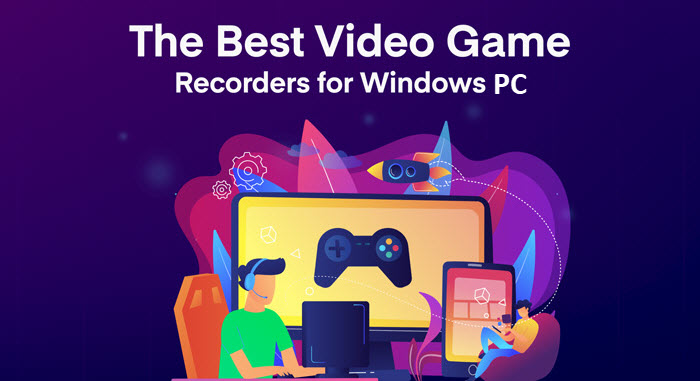 However, how do you select a suitable game recorder for PC out of plenty of game recorders in the market? After an in-depth comparison, the article lists the best five free game recording software for Windows (10/11). Let’s check out together and start to record gameplay on PC!

What Is the Best Game Recorder for PC

Before choosing a PC game recorder, please remember the following criteria of the best game recorder for Windows.

The top consideration is the cost-effectiveness of the game recorder. Is it priced reasonably? Free screen recorder that is available to record gameplay will be absolutely amazing, but be careful it might pop up annoying advertisements during usage.

A good game recorder should have high compatibility that supports operating systems not only Windows 7/8/10 but also the latest Windows 11.

It is common for gamers to add webcam overlay with voiceover while recording gameplay. Therefore, webcam recording is one of the must-haves that the best game recorder should have.

The importance of a high-quality video game recording is self-evident. Can the game recorder record gameplay while keeping original image quality and audio? Are there any FPS drops that influence the game performance? A good game recorder should be able to record HD video clips without lagging.

The function to share instantly on social media after recording gameplay clips brings a tremendous convenience for gamers. Hence, gamers should check if the game recorder supports instant sharing functionality, as well as the included social platforms.

No.1 Easy to Use Game Recorder for All Windows PCs – iTop Screen Recorder

Knowing the criteria of a good game recorder helps you make a wise decision. Based on those standers, the article lists the top five game recorders that make your game recording more enjoyable. iTop Screen Recorder is one of solidest game screen recorder for PC in the market. Its latest version has updated Game Mode, which makes it an ideal option to record graphically-intensive games such as Forza Horizon, Grand Theft Auto 5, Red Dead Redemption 2, Final Fantasy XV, etc.

Adopting CPU acceleration technology, it takes up little space at runtime. Thus people can enjoy a smoothly lag-free recording at HD quality (up to 4K). Moreover, the game recorder supports webcam recording with a voiceover, making it possible for people to comment while recording games.

Create a recording schedule for upcoming games with this free game recorder. It can automatically record screen activities, allowing people to engage in their games without worrying about recording problems.

● Completely Free to Use

The game recorder has unlimited recording time that you don’t need to pay a penny for the service. Moreover, it rolls out an online screen recorder making the gameplay recording more conveniently.

The iTop Screen Recorder is considered one of the best screen recorder Windows 10 and Windows 11, or even lower versions like Windows 7 & 8. Additionally, there is a wide range of outputs to choose from, including MP4, AVI, FLV, MKV, MOV, TS, and GIF. 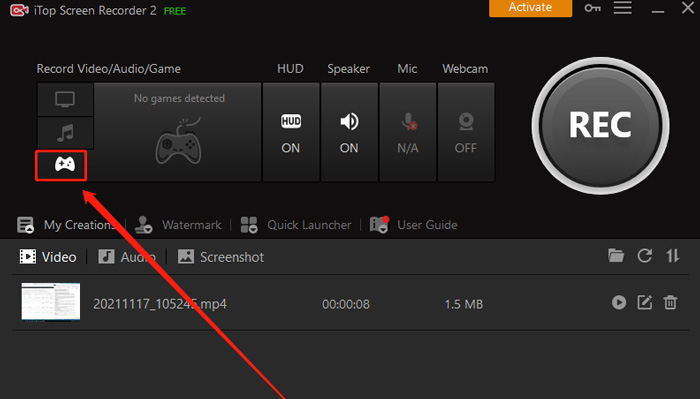 For people who don’t want to download and install a third-party game recorder, they can take advantage of the Xbox Game Bar, a built-in Windows 10 recorder for taking screenshots and recording PC games. It gives gamers quick access to an overlay with various widgets to take control of their gameplay recording. Take a look at the comprehensive review of the game screen recorder for PC below for more details.

Xbox Game Bar is a solid game recorder that needs no download or installation. For that reason, gamers can avoid problems like bundled junk software or malware attacks.

Xbox Game Bar has a simple interface that is friendly to all-level users. It can meet the basic needs of gamers by providing flexible options on recording time, FPS, video quality, and bitrate. 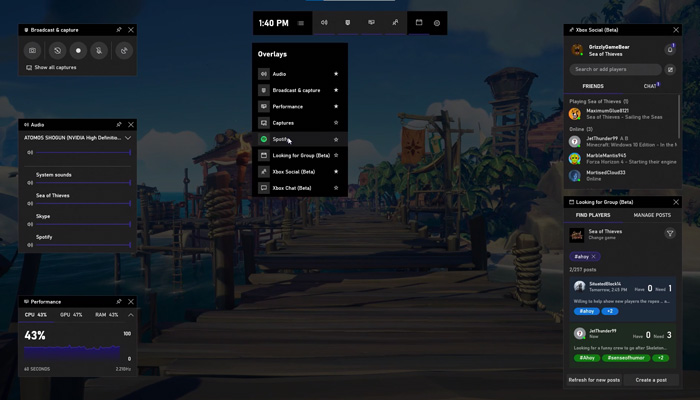 Bandicam is an all-in-one recorder that excels in gameplay recording. Similar to iTop Screen recorder, it has hardware acceleration to minimize CPU usage and reduce lagging while recording. Let's check the specs of this game screen recorder for PC.

The recording performance of Bandicam is fantastic. Thanks to the DirectX/OpenGL/Vulkan graphics technology, it can record games at a maximum of 4K UHD (3840×2160) resolution. It can also record VR gameplay. 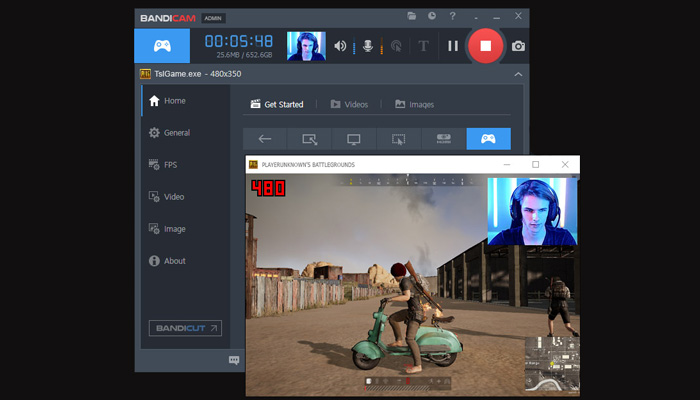 Available on Windows, Mac, or Linux, OBS Studio is a free game recorder perfect for gameplay recording and live streaming. With little impact on computer performance, OBS Studio seldom causes lagging issues. The best part of this recorder is that as an open-source application, OBS is game recording software free. 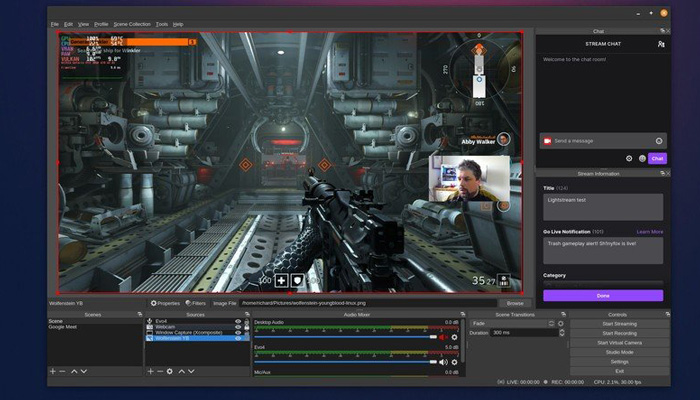 Screencast-O-Matic is a video recording solution suitable for education, work, game, or personal uses. It has free and paid versions. The deluxe/premier plan is featured by more functions like:

Screencast-O-Matic allows people to quickly share the game clips on YouTube and Google Drive with ease. Besides, they can also upload the recordings to their hosting account for sharing or storage. 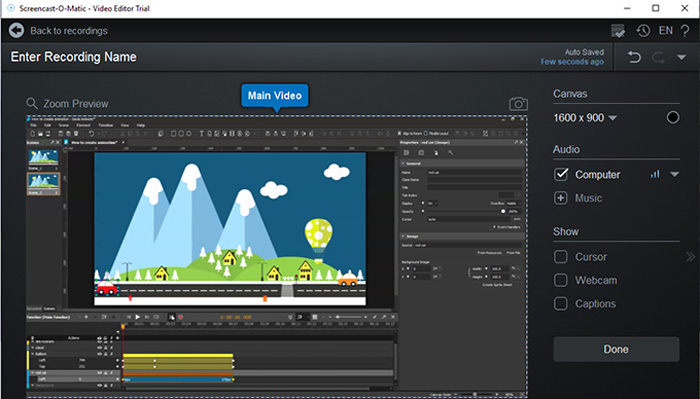 All the listed 2022 top 5 free game recording software for Windows (10) show off powerful ability to capture game video clips on PC. iTop Screen Recorder is the highest recommended game recorder. It features the unique Game Mode to record HD gameplay without lagging or fps drop. It enables you to record audios and webcam while capturing the game video. No time limit, you can record gameplay as long as possible with this best free game recorder. Now, try it to capture any great moments for games.