Windows 10 Built-in Screen Recorder: What Is It and How to Fix Not Working Issue?

There are multiple areas where one needs a screen recorder. Some go to record teaching or tutorial video for online courses; some record video meetings for keeping work plan; and, some film themselves with webcam or record gameplay for later sharing on SNS. 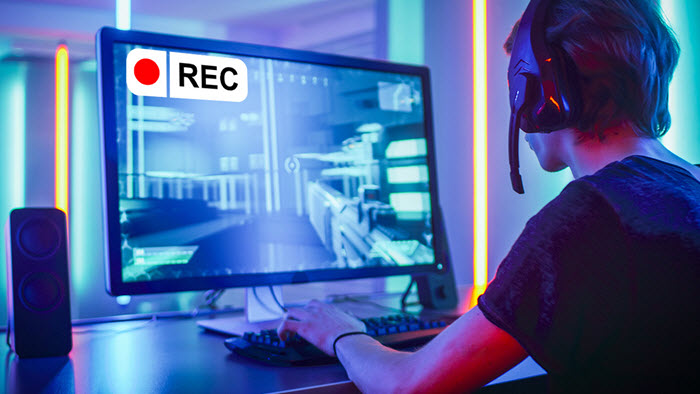 What Is Windows 10 Built-in Screen Recorder

Xbox Game Bar, the Windows 10 built-in free screen recorder, is a portion of the Xbox app. Indeed, it is pretty easy-to-use screen recording software for Windows users but packed with powerful features.

This built-in screen recorder Windows 10 allows people to record each activity on the screen, not limited to make an instruction, but to record gameplays, online meetings, streaming videos/audios etc. What’s more, the LFG feature of Xbox game bar enables to enhance user’s experience. One can find new teammates for the game and can also chat with them on the Xbox console. It’s great that the quality of videos can absolutely you. You can enjoy vivid images without any comprising.

You can choose to record the whole screen or any particular screen portion with Windows 10 built-in screen recorder. It also supports the webcam and microphone, which means you can also film yourself with audios like your own voice for explanation or special effects. Moreover, it enables you to take screenshots and make memes.

How to Use Windows 10 Built-in Screen Recorder

Before recording, please confirm what you want to record and start the corresponding program, for example, to join in the right online room for recording Zoom meeting, to open the streaming service for recording online videos. Then, follow the guide to use Xbox Game Bar, the built-in screen recorder in Windows 10.

Notice: Xbox Game Bar does not capture all programs (Entire desktop or File manager) but works seamlessly on desktop apps.

Step 2: The recording tools are by default presented on the top-left corner in the “Capture” Window. If it is not there, reach the long toolbar at the top of the screen. Now, click the icon familiar to a webcam.

Step 5: After recording, you can stop the recording from either the game bar menu or the recording timer. All the recordings will be accessible from the PC's "Videos" folder under the "Captures". 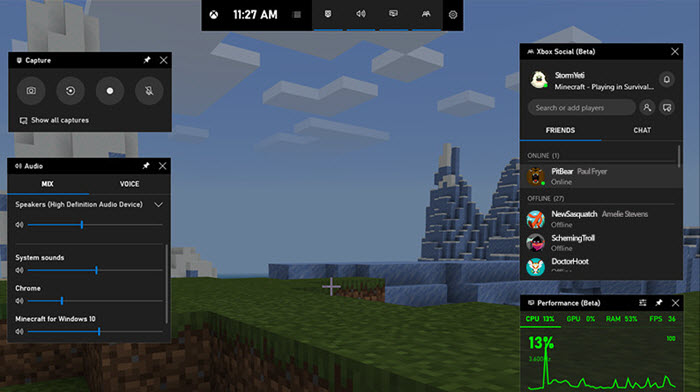 Your disabled microphone might be the cause of problems you face while recording. When a user uses more than one recording device, some of them get disabled. This fix solution will describe how to resolve this issue:

Step 2: From the recording devices, check if the microphone/recording device is enabled or not. If it is not enabled, right-click on it and select "Enable". 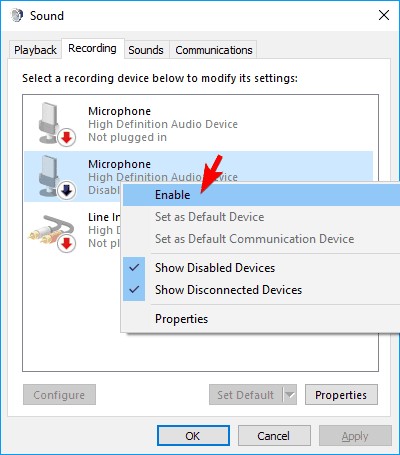 Step 2: You will find the "Levels" tab, and there will be sliders. Adjust the microphone levels to achieve the best possible output. 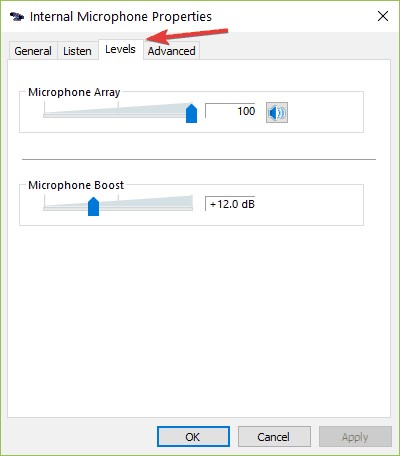 Sometimes, you’re unlucky the fix the Windows 10 built-in free screen recorder even though trying all possible solutions. But the alternative – iTop Screen Recorder – can deliver an innovative and convenient way to record screen on Windows PC.

There is no time limit to record a specific video. One can record up to unlimited time without any disturbance. It can be used for multiple occasions, to record TV shows, Instagram Stories/Reels, PC gameplay or any others. As a matter of fact, there are various other Windows 10 built-in screen recorders, but what makes the iTop Screen Recorder an exception? Here, we will acknowledge its best and unique features:

Now, let’s learn how to use this alternative to Windows 10 built-in screen recorder.

Step 2: Launch the program and the interface shows some setting buttons on video recording by default. At first, you can click Full Screen to set the region you want to record, for example, a window or the area with specific aspect ratio. Then, you can turn on speaker, mic or webcam according to your requirements.

Step 3: Click the big red REC button and then it will record your Windows 10 PC screen instantly.

Windows 10 built-in screen recorder – Xbox Game Bar – is welcomed by Windows 10 users, especially gamers, who requires recording screen frequently. However, not working issue bothers lots of users. iTop Screen Recorder, is the best alternative to the built-in screen recorder in Windows 10, can record every activity on the screen without comprising the video and audio quality. It delivers a great performance that you can capture video without lagging or other troubles. Try it and enjoy recording on PC