Xbox Recorder: How to Record Xbox (One) Gameplay on Windows PC for Free

Xbox, the big brand name of video gaming, has pleased millions of customers with its console generations, from the first Xbox, hot selling Xbox One, to latest Xbox Series X/S. Players enjoy good experience to play awesome games with Xbox and start trying to capture gameplay or highlight footage for sharing on YouTube etc. So, how to record Xbox gameplay on PC? Xbox recorder is a must-have. 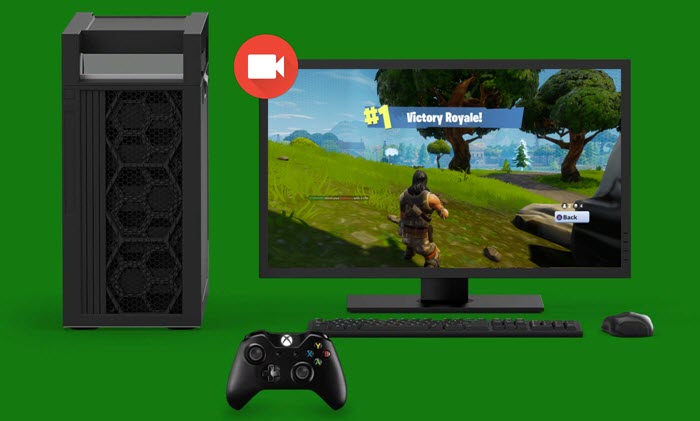 Here, we would like to introduce the best Xbox recording software to record Xbox One, Series X/S gameplay on PC with no cost and effort at all.

What Is the Best Xbox Recorder for PC?

Xbox builds in a recording feature called Game DVR that allows players to record 30-minute gameplay on Xbox One, Series X/S. You can adjust the recording time up to 2 hours with connecting an external drive because the Xbox internal storage is not enough for saving long recording. Game Bar is another Windows 11/10 screen recorder for Xbox introduced by Microsoft to record Xbox gameplay on PC for free. However, it lacks of the ability to capture full screen and webcam. If you have tried the two Xbox recorders and feel disappointed with limitations, third-party recording software for Xbox One, Series X/S will satisfy you. And, iTop Screen Recorder is the perfect one. 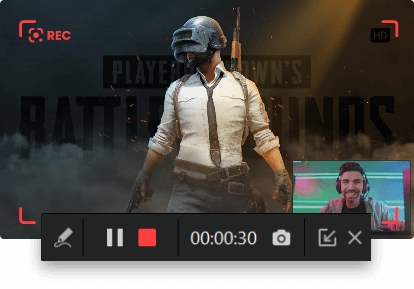 iTop Screen Recorder, a professional screen recorder, offers an effortless way to capture every activity on your screen. You can record Xbox One/Series X/Series S gameplay flawlessly with no limitations. Why can it be the best Xbox gameplay recorder? An array of recording features can explain.

iTop Screen Recorder specially utilizes a game mode for gameplay recording with the support of all games played or streamed on PC. Therefore, you can not only record Xbox game clips, but also record Switch gameplay, roblox gameplay and so on.

Once you move to game mode, iTop Screen Recorder will automatically detect your Xbox game and turn on HUD (heads-up display or status bar) to record gameplay with visible character’s information. In addition, you can enable microphone, speaker and webcam to record yourself when playing games with audio. It is definitely the ideal Xbox recorder if you would like to make a game tutorial video.

iTop Screen Recorder offers multiple choice to record screen when you playing games. You can capture full screen, only the game window or select any region of the screen. It also sets two selections with fixed ratio, 16:9 and 4:3, for meeting uploading requirements of some video sites. You are free to record any region on the screen.

Instead of recording seconds or minutes long game clip, it is better to record whole Xbox gameplay and edit it later for getting all highlights or great moments during gaming. iTop Screen Recorder is the best Xbox recorder to capture your gameplay with no time limit. You can start recording at the moment you play games and stop whenever.

Video games feature high frame rate. In order to preserve original quality as much as possible, you need a 60fps screen recorder. iTop Screen Recorder supports recording Xbox gameplay up to 4K 60fps. You can also record game clips in 1080p at 60fps that is recognized as the best video setting for playback and uploading. Thanks to low CPU usage, you will not experience lagging or fps drop when recording a HD gameplay.

What’s more, iTop Screen Recorder is an acclaimed free screen recorder for all Windows 11, 10, 8 and 7 PCs. Besides serving as a Xbox gameplay recorder, it can be an online meeting/classes recorder, website video recorder, audio recorder and more.

How to Record Xbox One/Series S/Series X Gameplay on PC?

iTop Screen Recorder is a beginner-friendly Xbox recorder with straightforward interface. You can quickly get started with it. Now, follow the guide to record Xbox One/Series S/Series X gameplay on your PC.

Click the three lines on the top-right corner on the interface and select Settings. 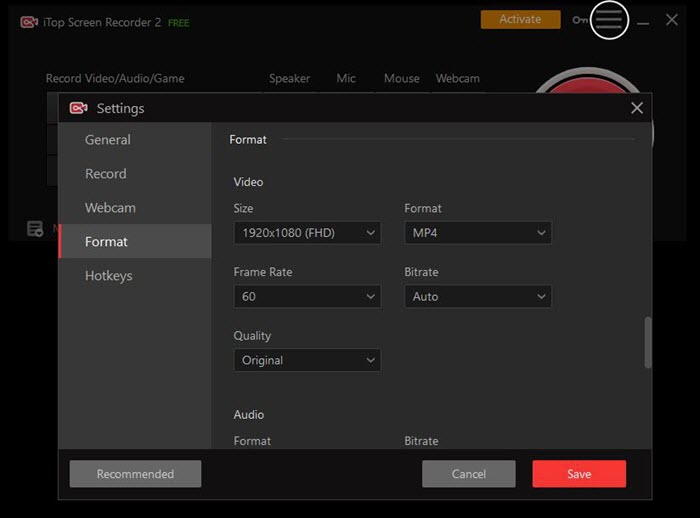 Select the recording region, for example full screen at first. Make sure your mic, speaker, webcam are on if necessary. Then, click the red REC button to start recording. 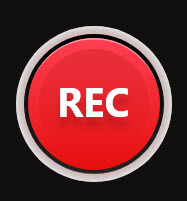 You can get a recording bar on the right-bottom corner of your screen. Click the red square icon or press F9 or other hotkey you set to stop recording. 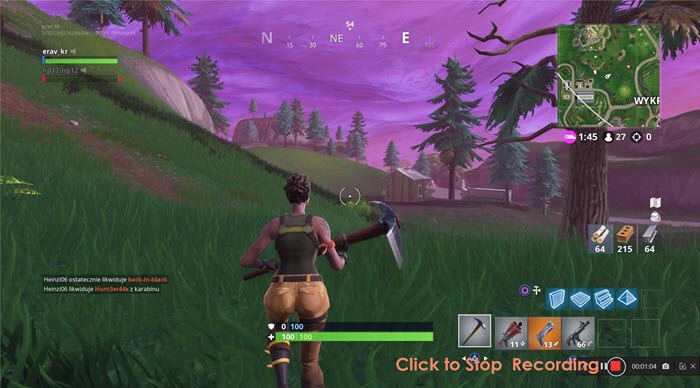 iTop Xbox recorder will automatically list your recording in My Creations the moment you click the stop button. Click pen icon to trim the game clips and click Export button to save edited video in a folder.

If you don’t want to edit the recording with the iTop Xbox recorder, you can get it in the destination folder you have defined for further editing and uploading.

You should make sure that you have successfully streamed and played Xbox games (which you want to record) on PC before following the guide.

Xbox recorder fixes the trouble to capture Xbox gameplay videos on PC. iTop Screen Recorder is the best free screen recording software for Xbox One, Series X/S and more. It drives you to experience smooth HD gameplay recording with no lag, no buffering and no fps drop. You can easily capture game clips with audio, webcam with no time limit. Try it and you can get the best Xbox gameplay recording footage.