Trying to make fun videos while gaming on iPhone but don’t know what to do? This blog goes over 4 methods on how to record your screen on iPhone.

It’s been years for iPhone to dominate the mobile phone market, thanks to its sharp design and powerful features, among which taking screenshot on iPhone may have already been known by many iPhone users. When it comes to recording screen on iPhone, however, far fewer know how to do that.
Whether you want to make fun videos or record some amazing moments while gaming, it’s important to learn how to record your screen on iPhone. For that reason, this post is going to discuss the 3 methods below to help you learn how to record your screen on iPhone easily. Hopefully, after you finish reading this blog, you would enjoy the precious moments when you share those recordings with others. 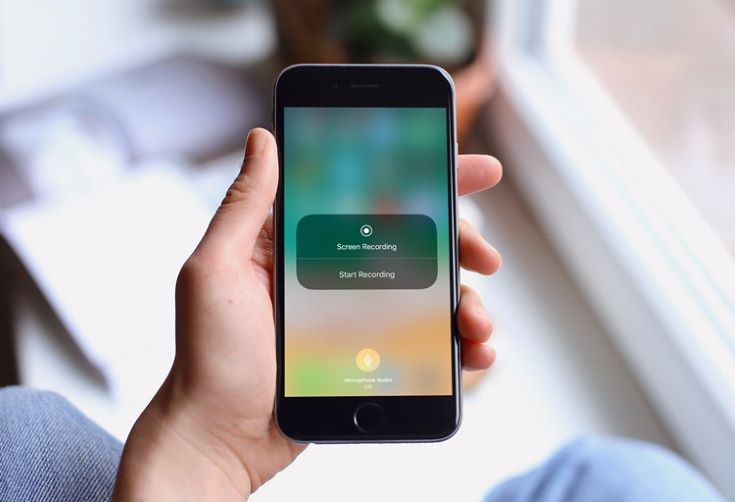 Owing to all its amazing features, the built-in recorder of iPhone is something we don’t want to miss. It allows us to record iPhone screen with sound both from system and microphone. Sounds interesting? Let’s dive into it.
Step 1. Enable the Screen Recording Feature 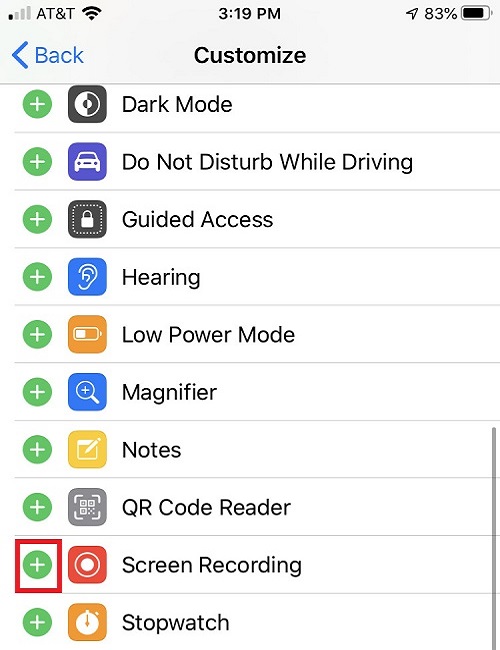 For iPhone X and above models:

For iPhone 8 and earlier models: 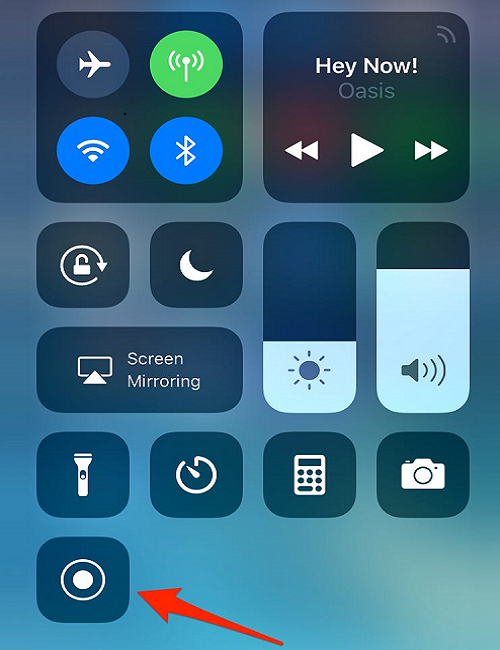 If you don’t want anything to interrupt you while recording, it’s better for you to put your device into flight mode.

Step 3: Locate and Edit Your Recording

After you finish the recording, all the videos can be found in “Photos”. You could tap the “Edit” button at the upper right of the screen to edit your recording. At the bottom of the screen, by moving the yellow arrow, you could trim the video. Also, you can press the “Play” button accordingly to see how it looks like while editing.

As a built-in tool, it is very convenient for iPhone users to record screen easily and safely. However, it does have some limitations: To protect their content, some music and video apps like Apple Music, Youtube and Spotify, won’t allow you to record screen, while they are playing music or video.

Also Read: 3 Best Productivity Tools of How to Record Your Screen on Computer in 2022 - Easy & Efficient >>

If you indeed need more functions to finish recording, such as mouse-clicking, no lagging and longer recording time, keep on reading. In this part, we are going to discuss 3 third party tools to help you record your screen on iPhone in a more hassle-free way. Whether your would like to record your screen on any iPhone apps, or mirror the record screen to the PC, you would find these tools helpful. 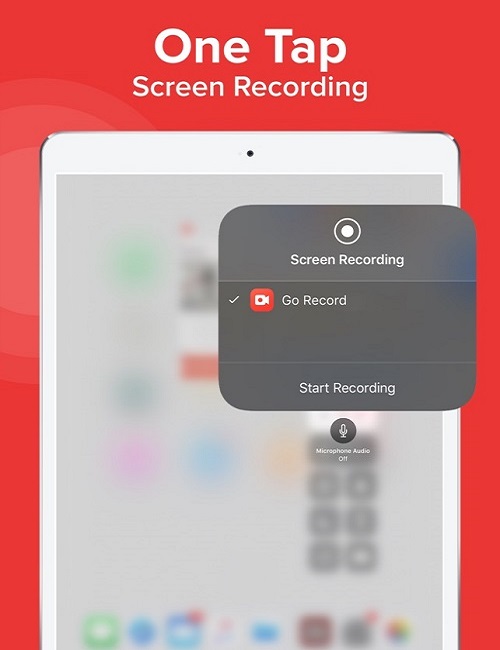 Let’s learn how to record your screen on iPhone easily with Go Record:

Step 1. Swipe Up from the bottom of the screen, press and hold on the “Recording” button.

Step 2. Select “Go Record” to be your recorder.

Step 3. Tap on “Start Broadcast” to record your screen on iPhone.

Make sure you have enabled screen recording on your iPhone beforehand.

Here I would bring you another powerful tool, Dr Fone iOS Screen Recorder. It can not only be used to record screen on iPhone, iPad and iPod easily, but also mirror that to the computer where you can record your iPhone screen directly on PC. 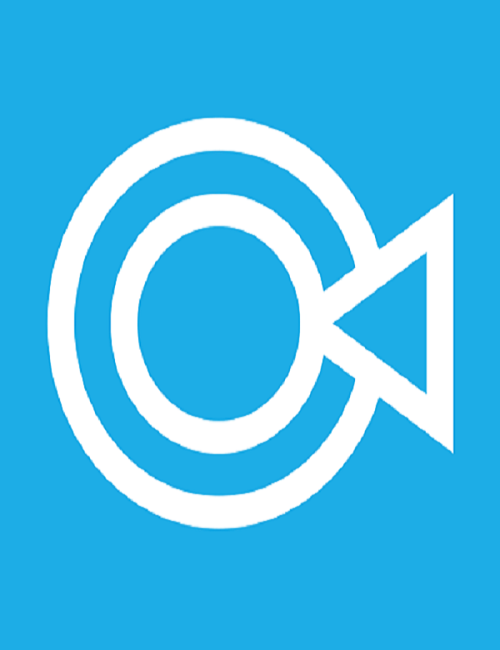 Here are the steps to record your screen on iPhone easily with Dr Fone iOS Screen Recorder:

Step 3. Tap “OK” if a pop up window asking us to allow Screen Recorder to access photos. 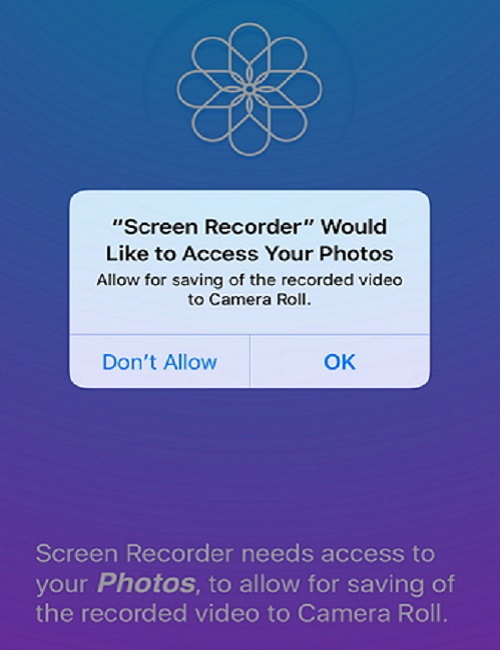 Step 4. Select the resolution of the video. 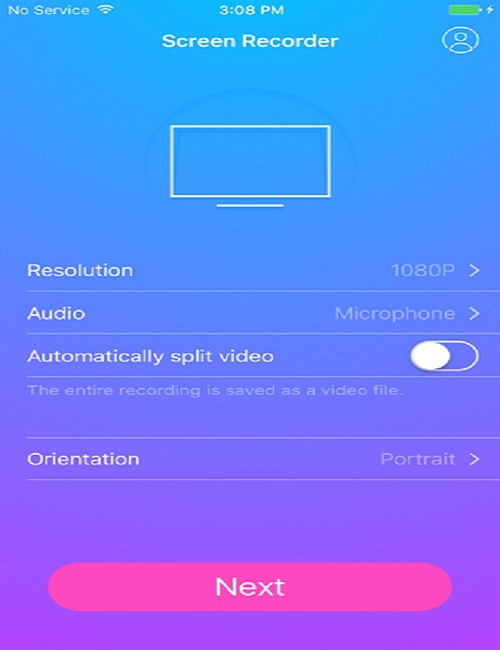 Step 5. Press “Next” to start recording your screen on iPhone.

The last recorder on iPhone I would recommend is TechSmith Capture, a free tool developed by Snagit. Whether your are going to capture gaming moments, record presentations or make App Store video previews, you can easily achieve that with TechSmith.

Follow the steps below to record screen your iPhone easily:

Step 1: Go to “Settings” and choose “Control Center”, followed by “Customize Controls”. Then press the ”+” button to turn on the recording feature.

Step 2: Swipe up from the bottom of the screen and tap the “Recording” button. Press “TechSmith Capture”. If you want to record screen with sound, tap on the “Microphone” button. 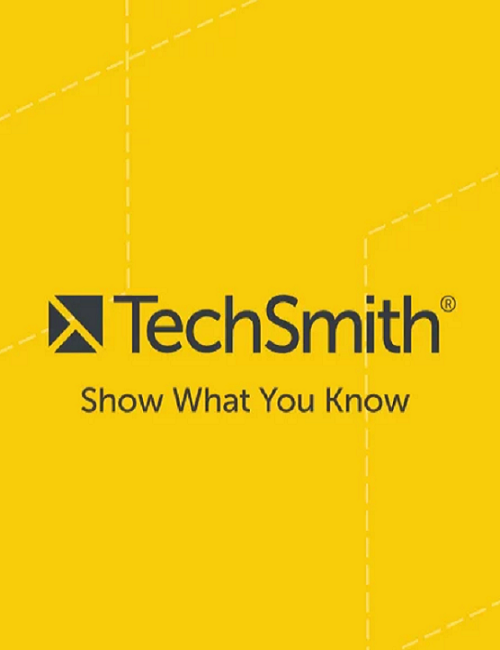 You May Like: 3 Methods to Capture Video in Windows 10 without Restrictions >>

Bonus: How to Record Your Screen on PC

Recording the screen on mobile to share for joy and recreation is very popular among us, especially for youngsters. However, when it comes to video conferences and online classes, PC outcompetes mobile in terms of recording quality. Here recommends some of the best PC recording tools for you.

OBS Studio - An open-source HD screen recorder on Windows, Mac and Linux. You may find it a bit hard to use though.

This Post not only discusses 4 methods for how to record your screen on iPhone easily, but also introduces 4 software for capturing video on PC. If you are also looking for an all-in-one recorder with editing on PC, iTop Screen Recorder should be your best option. Because it boasts the latest compression technique, leading to the best video quality with less size. What’s more, it’s totally free to record screen with unlimited time and no watermark.